What’s the Difference Between Shiba Inu Coin and Dogecoin?

Behind the Dog Fight Between DOGE and SHIB
By
Coin Cloud Team
, published on
October 27, 2021 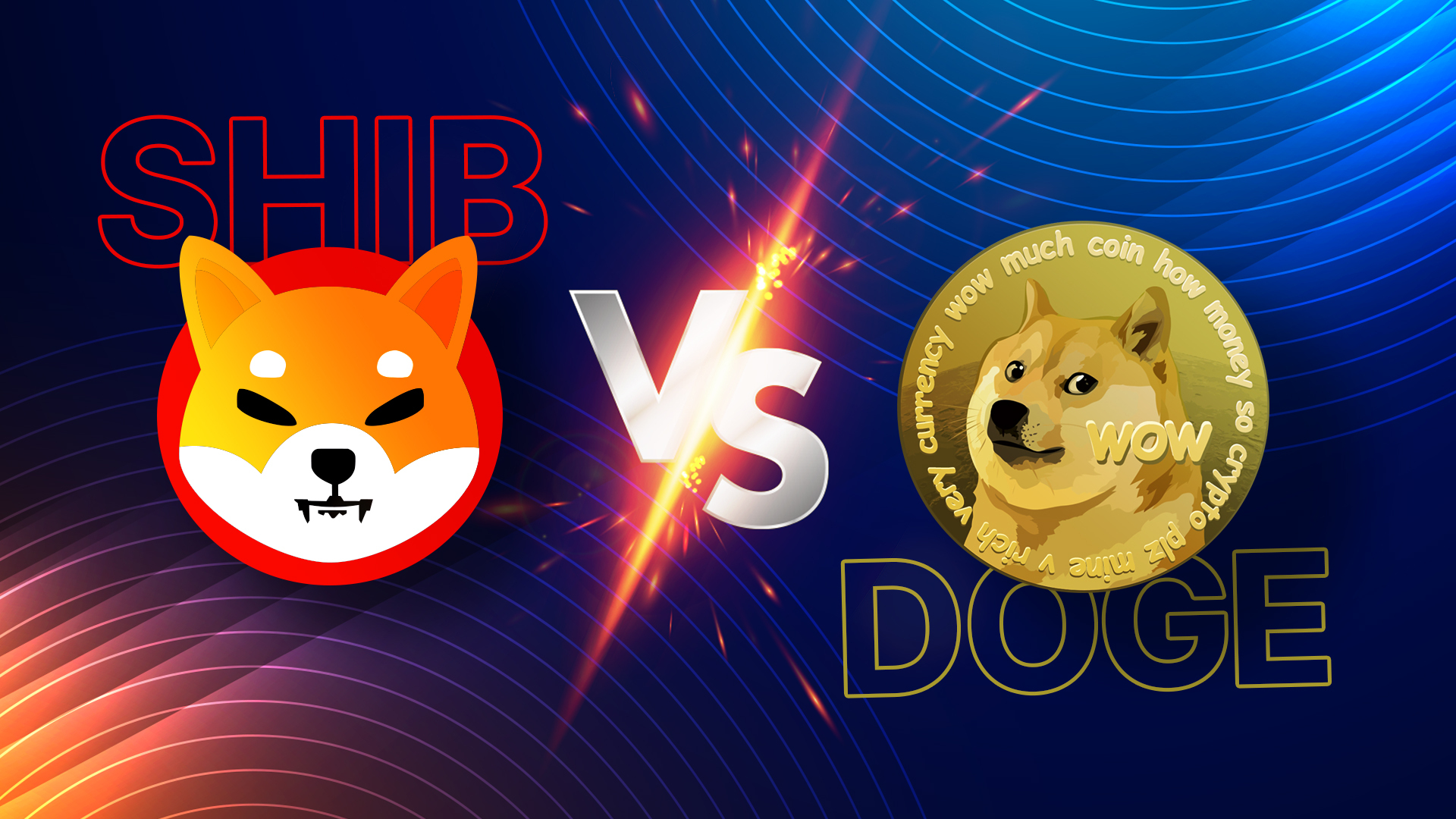 Remember last year when the only “dog” coin people were talking about was Dogecoin? Ahhh, the good old days … Elon Musk’s cryptic crypto tweets were about being the Dogefather, and everyone from TikTok influencers to Reddit fanboys to NASCAR drivers were likewise focused on Dogecoin (DOGE).

Well, things change quickly in the crypto world. And the spotlight is now shining on the Shiba Inu Coin (SHIB), often dubbed the “Dogecoin killer.”

Until recently, Dogecoin was the clear winner in terms of recognition when it comes to digital currencies that have Shiba Inu dogs as mascots. But did you know there are a whole slew of others as well?

But let’s be honest. The REAL Floki’s cuteness aside, DOGE and SHIB are the top dogs in this race.

What’s the Difference Between DOGE and SHIB?

Some people think Shiba Inu Coin is just a Dogecoin knock-off. And while it was inspired by DOGE — and the founder embraces the “Dogecoin killer” label — it’s actually much more intricate.

Shiba Inu Coin, on the other hand, is an Ethereum-based token with a proof-of-stake (PoS) mechanism rather than PoW. So Dogecoin is a cryptocurrency with its own blockchain, while Shiba Inu is an ERC-20 token, which is a digital asset issued on the Ethereum blockchain network.

Not just a simple meme coin, Shiba Inu has a full ecosystem including three tokens (SHIB, LEASH and BONE) and a Decentralized Exchange (DEX), ShibaSwap. You can also stake and swap SHIB on other DEXes, including Uniswap, SushiSwap and 1inch.

Dogecoin was created in 2013 by a couple of software engineer friends, Billy Markus and Jackson Palmer. It started as a joke … the most ridiculous idea they could think of to poke fun at the seemingly never-ending parade of silly altcoins at the time (most of which didn’t survive).

So they capitalized on the top internet meme of the year, as chosen by viral video show Know Your Meme … the Doge. This image macro featured a Shiba Inu dog surrounded by fractured inner monologue in a multicolored Comic Sans font. Think “wow,” “so scare,” and “such excite.”

Dogecoin continued the pattern by adorning its coin with “wow,” “much coin,” “how money,” “so crypto,” “plz mine,” “v rich,” “very currency.”

And then … the world’s most hated font was part of the world’s most loved digital currency. “Such cute,” people thought (translated into Doge speak). It became the crypto pet of choice. Multiple social media campaigns promoted the coin and tried to push its value to $1 (it never happened … yet).

SHIB was born in 2020 to engage in this dog fight and take out the alpha. It was designed as an alternative to DOGE, despite its differences. And it shares some qualities with Dogecoin, so the comparisons aren’t going to stop.

The biggest similarities between the two are the mascot breed, low coin price and ample supply (DOGE is unlimited while SHIB is capped at 1 quadrillion).

Upon creation, founder Ryoshi (another pseudonym, as favored in the crypto world) gifted half of SHIB’s total stock to Ethereum co-founder Vitalik Buterin, who turned around and donated 50 trillion of the coins to the India COVID-Crypto Relief Fund. It was the biggest charitable crypto donation ever, then valued at over $1 billion.

And then Buterin “burned” the rest (meaning he sent it to a dormant wallet). Because of supply and demand, that helped increase SHIB’s value. But even so, the price is extremely cheap, putting it in reach of pretty much everyone.

How Much is Shiba Inu Worth?

Rather than gunning for a dollar, Shiba Inu’s goal is a penny. Currently it’s still worth only a small fraction of a cent, but the price keeps going up.

As it rises, people make more trades, which has now led to Shiba Inu pushing Dogecoin out of its Top 10 market cap position. Last week, DOGE was #10 and SHIB was #20. Now Dogecoin has dropped to #11 while Shiba Inu holds the #9 spot.

So the dog fight is heating up. Grab some popcorn and watch how it plays out.

Where Can I Buy BOTH “Top Dog” Coins?

There’s one place you can quickly and easily buy both frontrunners in the dog race, without complicated setup, staking or swapping processes. And that’s at a Coin Cloud digital currency machine (DCM).

Coin Cloud’s futuristic, highly evolved Crypto ATMs offer Dogecoin AND Shiba Inu Coin. You can buy them instantly. And you don’t even need a credit or debit card. Just cash.

If you’re worried about who’s going to win the dog fight, don’t be. Because no matter how intense the battle gets, there’s likely to be room for both top dogs during the foreseeable future. After all, each currency has its own audience, character and purpose.

So which one would you like to “adopt”? If you can’t decide, you can always buy some of both. Just take your cash to any Coin Cloud machine.

Oh, and by the way … if you do choose the DEX approach, tokens for Uniswap, SushiSwap and 1inch are available at Coin Cloud DCMs as well.