What is Bitcoin Hard Fork? 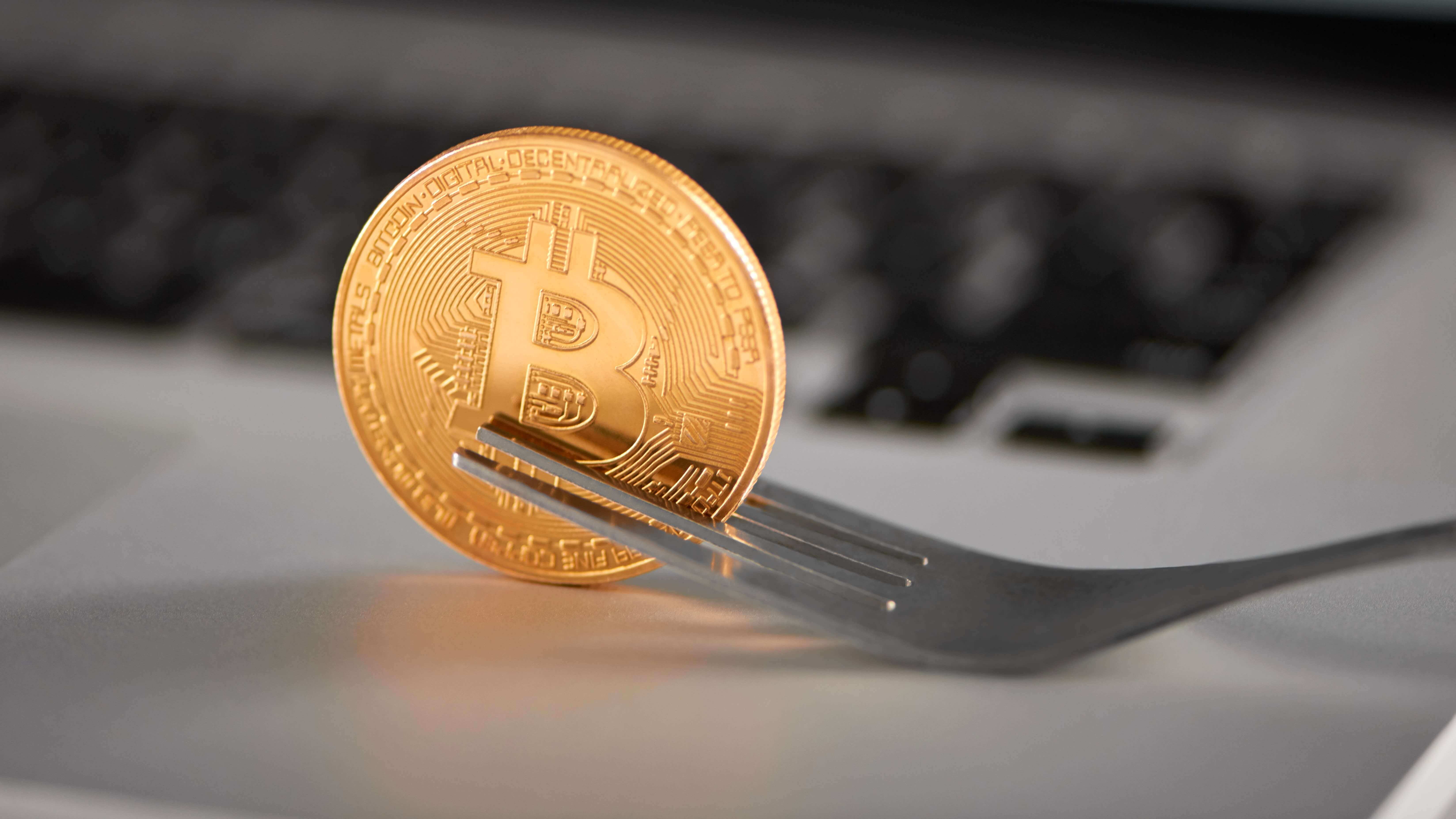 You’ve probably heard the term “hard fork” in relation to Bitcoin, and wondered, “what the fork is that?”

Hard forks aren’t just for Bitcoin … you can have one in any blockchain for any cryptocurrency. But basically, a hard fork is a change in code that divides a blockchain and sends the new part off into a separate blockchain, like a fork in the road.

What is a Hard Fork?

To further explain this concept, a hard fork occurs when a new rule is added to the code, and nodes of the blockchain’s latest upgraded version stop accepting older versions of that blockchain. In turn, the original blockchain’s nodes reject the rules of the new one. This causes a permanent divergence into a new blockchain; the old blockchain continues business as usual while the new one branches off on its own.

It can be as simple, theoretically, as copying the old code and making a deliberate change to create an evolution of sorts. This protocol change makes previously invalid blocks valid … and/or previously valid blocks invalid.

You’ll find hard forks every time a new cryptocurrency is split off an older one. For example, Bitcoin was forked into Bitcoin Cash, while Bitcoin continued on the original blockchain. SushiSwap was forked from Uniswap.

What is a Soft Fork?

You might also hear of a soft fork. A soft fork is just like a hard fork except that it doesn’t split the blockchain into two. Instead, the original blockchain ceases to exist, and the whole thing is updated or changed into a new blockchain.

With cryptocurrency, hard forks are much more common than soft forks.

Why do we Fork Around?

What are the reasons for creating a fork, whether hard or soft? Usually this happens because coders want to improve on the original crypto somehow, or change some aspects they don’t like. Sometimes they just want to create a new version of something successful, and brand it as their own.

Let’s look at how this concept has worked with Bitcoin specifically.

The first block, mined by Bitcoin creator Satoshi Nakamoto in 2009, set the standard for Bitcoin. While many upgrades and minor changes were made to the code in the early years, it took several years for the first hard fork.

Bitcoin XT was created in 2014 by Mike Hearn, who proposed and implemented several new features. He designed it to more than triple the transactions per second (from 7 to 24) over Bitcoin and increase block size from 1 to 8Mb. This version is still available, but saw a limited heyday in the summer of 2015.

Remember “New Coke” and “Coke Classic”? If you were alive in the ‘80s, you saw the #1 American soft drink get “upgraded,” which outraged loyal fans who didn’t like its taste. Coca-Cola immediately backpedaled, bringing back the original under the moniker Coke Classic.

Well, the same kind of thing happened in the Bitcoin world. Sort of. When Bitcoin XT started losing favor, some enthusiasts still thought a bigger block size was a great idea. So, a group of developers answered with Bitcoin Classic in 2016, just doubling the original block size to 2Mb.

This one didn’t really take off at all. Forget 8Mb or 2Mb … Bitcoin Unlimited allowed miners to decide the size of blocks themselves, up to 16 Mb. There wasn’t enough interest to make it go big time (er, unlimited …) but it still exists.

Forgettable name, but not a bad idea. One of Bitcoin’s core developers, Peter Wuille, proposed Segregated Witness, a.k.a. SegWit, as a soft fork in 2015. Its goal was to reduce each transaction’s size so more could take place at the same time. This move prompted hard forks later down the line, including the most famous one, Bitcoin Cash.

Responding to SegWit’s protocol updates, some Bitcoin developers initiated the Bitcoin Cash hard fork to avoid being stuck with SegWit. They must have really hated the name … because like SegWit, Bitcoin Cash is designed for faster transactions. The split occurred in August 2017, and Bitcoin Cash has become the most successful Bitcoin hard fork to date. It allows blocks of 8Mb, like the all-but-forgotten Bitcoin XT.

Just a couple of months after Bitcoin Cash hit, in October 2017, Bitcoin Gold was born. This hard fork was meant to bring back the ability to mine with just a personal computer running basic graphics processing units (GPUs). The Bitcoin Gold folks felt that mining had become too expensive to make sense, due to the high-end specialized equipment now required.

After the hard fork took place, developers used a “post-mine” process to create 100,000 coins. This stash of “gold” was put in a special endowment fund to support the ongoing development of the Bitcoin Gold ecosystem. Bitcoin Gold is very similar to Bitcoin, but with a different proof-of-work algorithm for miners.

Yup, there’s that strange name, back again for version 2.0. Developers had already planned a second upgrade when they launched SegWit in 2017, and the SegWit2x addition was supposed to make block sizes 2Mb. Originally planned for a 2017 launch as well, the project was canceled when people started backing out of SegWit.

Hard forks achieve varying levels of success, and no doubt we’ll see more in the future. In the meantime, you can buy or sell Bitcoin, Bitcoin Cash and close to 30 other digital currencies at any Coin Cloud machine.