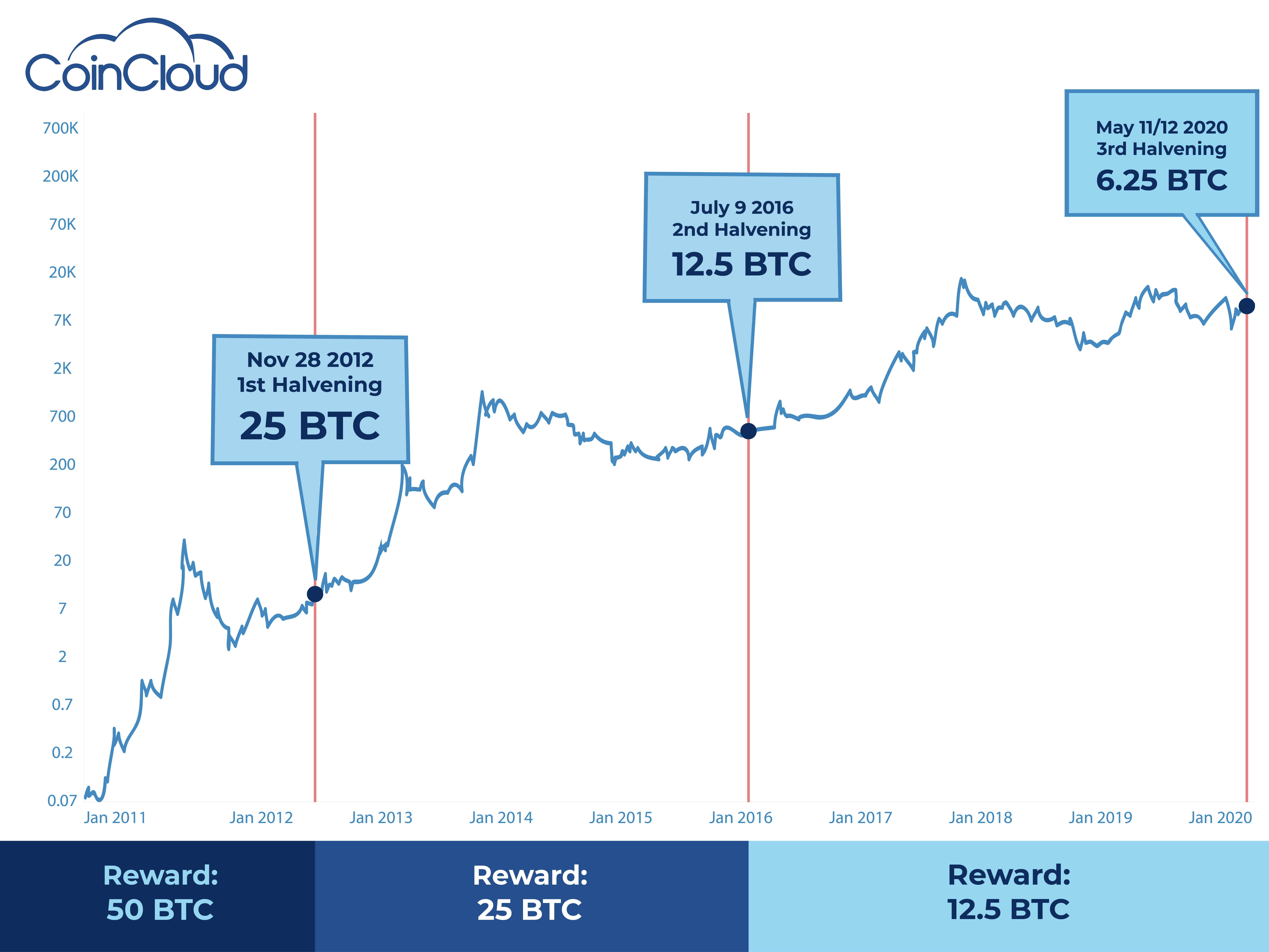 "As we were saying yesterday, in Part 1 of this article …

If that seems unfair, keep in mind first of all that one bitcoin is currently worth thousands of dollars. So that’s a pretty hefty paycheck, no matter which way you slice it. And even though Bitcoin mining computers cost a lot and use a tremendous amount of expensive energy, the reward still far outweighs the cost.

Secondly, while that reward diminishes over time, it’s designed to help you as the end user. Bitcoin is meant to be a deflationary currency, like gold; as supply decreases, and it becomes harder and harder to come by, the price increases. On the other side of the coin (pun intended), fiat currencies like the USD can be printed in unlimited amounts, which eventually leads to a decrease in its purchasing power … otherwise known as inflation.

What's Being Cut in Half?

One thing to make clear is that not only do the block rewards decrease, but the supply of Bitcoin is halving as well … because the Bitcoins issued as rewards are actually the only newly minted coins entering the market. So, at every halvening, the supply of Bitcoin takes a dive. Based on the laws of supply and demand, in theory the value should go up as the availability goes down.

And that’s why Bitcoin enthusiasts are so excited about the halvening. It could mean that next week, the Bitcoin you own will soar in value. But not necessarily.

What Happens to the Value?

Some people believe the price always rises, and others say not much should happen because it’s not a random event … the halving expectation is already there, well in advance, so the price is pretty much pre-built into the market.

If we look at history, the first halving in 2012 was unprecedented, and Bitcoin prices did soar afterwards. But the second halving in 2016 was highly anticipated, and pricing went down right afterwards before leveling off. In later months it just continued upwards at a relatively steady, if unimpressive pace.

If you look at the big “forest” picture, Bitcoin prices have increased overall since inception. But going deeper into the “trees,” we can see ups and downs at every snapshot in time. This time around, surely the COVID-19 pandemic will impact pricing one way or another. But, you know, it could be … for better or for worse (in sickness and in health).

Think about it for a minute. The Halvening #2 was not only pre-pandemic, but also in the pre-Trump era. Our current President had just become the official Republican candidate in mid-2106, and the bitter race for the Oval Office seemed like it could go either way. The world was definitely a different place.

Today, the economy has stalled, people are hoarding their assets, stock markets are unstable and trillions of dollars are being printed, which will no doubt impact its value. So, we can’t expect anything to happen exactly the same way it did in either of the two previous halvenings.

Of course, only time will tell. And the truth is, whatever happens in the next few weeks is probably irrelevant, considering the bullish moves of crypto overall. It might be a 12-to-18-month waiting game before you feel like you really made a profit from your Bitcoin … or it might not.

The only thing you can REALLY be sure of at this point is that it doesn’t matter whether you call it The Halving or The Halvening. It’s all good.