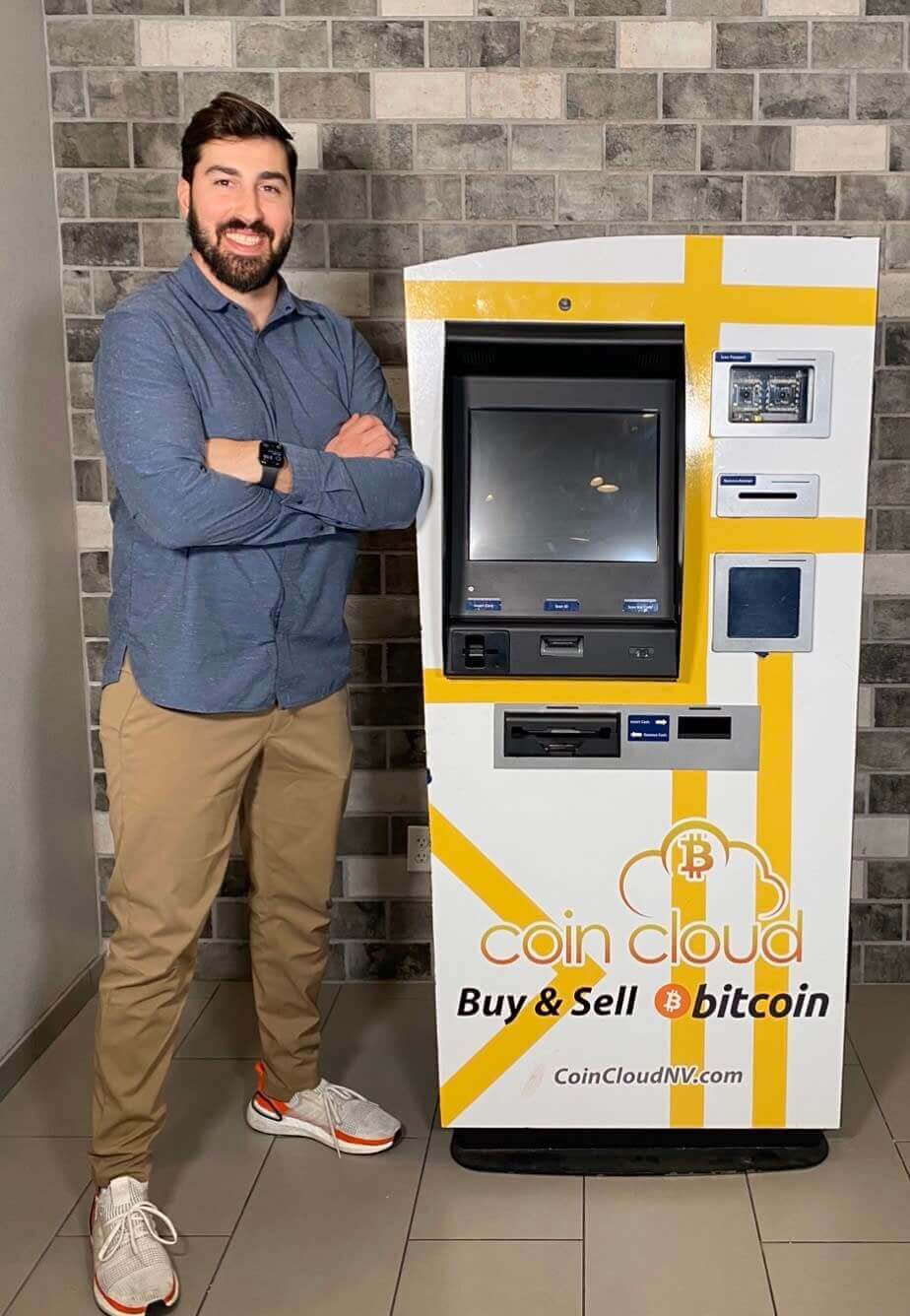 In 2014, Coin Cloud released its very first kiosk known as the "Bitcoin Bodega" on the Las Vegas Strip. This 800-pound monster of a machine was fully equipped with a biometric palm scanner and could hold up to 4,400 notes.

More than five years later, the original Coin Cloud Bitcoin ATM, or Cryptocurrency Kiosk, has found its way back home to our corporate office in Las Vegas, Nevada.

"This was the original RoboCoin machine that used to break down every other transaction," said Coin Cloud CEO and Founder Chris McAlary. Naturally, Coin Cloud moved on from RoboCoin and the machines evolved into smaller units. Today’s kiosk has a small footprint of less than two square feet. It's reliable, light and requires only minimal maintenance.

When the first machine would break down, Chris would go down to meet a lot of our great customers. Chris learned early on how to take this insight and transform the Coin Cloud user experience with the company's growth and expansion.

"It just brings back the original memories from our early days," McAlary stated.

The Evolution of BTMs

Those early days were wilder, since it was an evolving technology. Now cryptocurrency kiosks are found in every major city in the United States. The operators of these kiosks, including Coin Cloud, now have to comply with all federal and state regulations. Cryptocurrency Kiosks are no longer a speculation; they are a genuine regulated business.

"It is amazing how far we have come," McAlary says thoughtfully. "Coin Cloud will surpass 400 machines this month and work towards our goal of 2,000 by the end of the year."

This has all become part of Coin Cloud’s origin story, and it's incredible to realize how far we have come in such little time.

With the launch of our all-new "Blue Box" later this month, we plan to continue providing you, the community, with the easiest way to buy and sell cryptocurrency through our Coin Cloud Cryptocurrency Kiosks.

Coin Cloud is a Bitcoin ATM company headquartered in Las Vegas, Nevada. With over 600 locations nationwide, Coin Cloud boasts one of the largest and fastest-growing networks of two-way Bitcoin ATMs in the world. Our network has helped more than 144,000 customers to buy and sell cryptocurrency since launching in 2014. To find your nearest Bitcoin ATM, please click here.