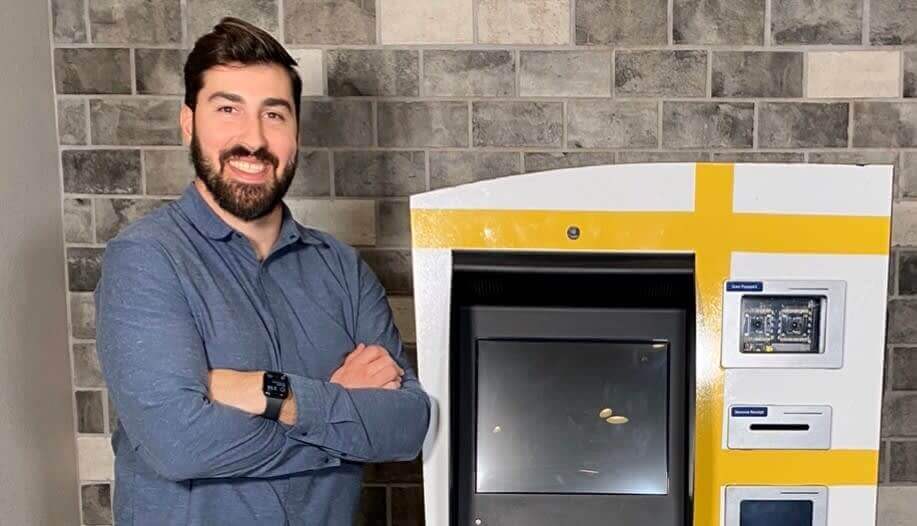 Chris McAlary is a pioneer in the cryptocurrency industry. From early Bitcoin miner to founder and CEO of Coin Cloud, the world’s largest network of two-way digital currency kiosks, McAlary has definitely left his mark.

He began dabbling in Bitcoin in 2010, just a year after its launch. There was only one exchange in existence at the time, and it was based in Japan. But as an online poker player who had lost money in major website shutdowns, McAlary didn’t trust offshore exchanges. The only logical alternative was to mine it himself.

After throwing together his own Bitcoin mining rig — his first-ever attempt at building computer hardware — and writing his own scripts, McAlary was able to mine his first bitcoins. But the problem remained with how to trade it. By then local decentralized markets had cropped up, which allowed members to connect personally and make their own deals. These early bitcoin-for-cash trades were done face-to-face with strangers, in seedy places like coffee shops and casinos. There was no guarantee you wouldn’t get scammed, robbed or worse. After a handful of questionable experiences, McAlary no longer wanted to take his chances with risky in-person meetings. He knew there had to be a better way.

In 2013, he came across Robocoin, a Las Vegas company that had created a Bitcoin ATM prototype. Due to strict regulations in the US, that first BTM was installed in Vancouver, BC. Suddenly, history was made.

While Robocoin didn’t last long, they provided the impetus for McAlary to start researching the law in the hopes of launching Bitcoin ATMs in Nevada. The first Coin Cloud BTM was installed on the Las Vegas Strip in 2014 — built by Robocoin, branded by Coin Cloud, and serviced by McAlary himself. Whenever there was a problem with the machine, he would go there himself to take care of it. Whenever a customer service call came in, he would field it on his own.

What this first machine did was change the trajectory of Bitcoin acceptance. It showed people that virtual currency could come from a physical machine, owned by a real company, backed by real people, with prices listed right on the screen. No wiring money to Japan, building mining computers or meeting random strangers in unsafe places. And no need for a bank account, long waiting times or a ton of personal data.

Today, Coin Cloud is the largest Bitcoin ATM company in the nation, with hundreds of machines (and growing constantly), all of which allow two-way transactions of Bitcoin and 29 altcoins. These kiosks are still the only cash-to-digital-currency option available, and the goal is to have them on every street corner and in every convenience store. Coin Cloud’s first international expansion is to Brazil, offering that country the first opportunity ever to purchase cryptocurrency with cash.

Many people would have given up on this journey, which has included multiple failures and setbacks, numerous bank account shutdowns, and the tedious process of dealing with federal and state regulations, banking compliance systems, and full-time staff including executives, operations, customer service, marketing and more. But McAlary has the spirit of Thomas Edison, who persisted through failure after failure (10,000, to be exact) in his attempt to invent the electric lightbulb.

McAlary’s persistence and determination to bring digital currency to all is what has made Coin Cloud — and in some ways, the entire BTM industry — what it is today.

To buy or sell Bitcoin with cash, trust the largest network of two-way digital currency kiosks in the world. Use our map to find the nearest Coin Cloud Bitcoin ATM.