Just How Environmentally Unfriendly IS Bitcoin? 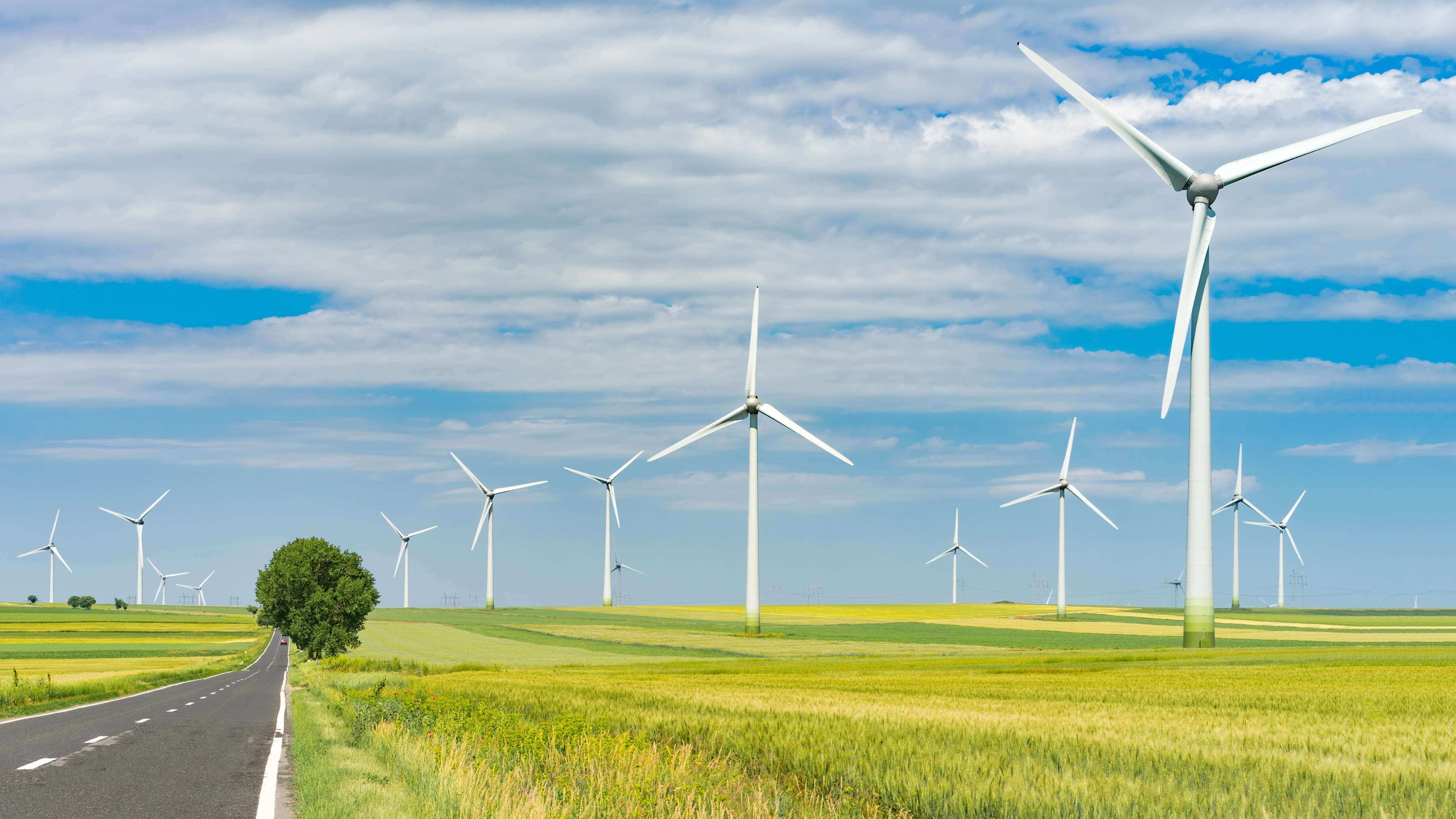 In a recent New York Times article, Microsoft co-founder Bill Gates was quoted as stating, “Bitcoin uses more electricity per transaction than any other method known to mankind, and so it’s not a great climate thing.”

But, wait a second! Isn’t that hypocritical? Don’t Microsoft data centers use more energy than Bitcoin miners? As one of the top cloud storage providers in the world, and the manufacturer of computer hardware and software, it seems like Gates should be the last person complaining about power usage.

OK, but … what about now? And how is that different from what Bitcoin’s doing?

Bitcoin is energy-intensive because it takes super-powerful, high-speed computers, each competing with one another to be first to solve the blockchain “riddle” of confirming transactions, which in turn earns the reward for completing a block.

While computer kids used to do this with their own tricked-out gaming rigs, it now takes multi-million-dollar mining farms filled with banks and banks of rackmount computers to compete in the bitcoin mining race.

Various studies have shown that Bitcoin mining and transaction processing use as much electricity in a year as entire countries. Almost as much as Norway, on par with New Zealand, and more than Argentina or the Netherlands. So that’s admittedly a lot of carbon emissions.

But again … huge corporate data centers must be even bigger energy drains, right?

OK, here’s the answer. Yes, absolutely! But no, not at all. Huh?

The entire Bitcoin network currently uses up to 100 terawatt-hours (TWh) of electricity annually, while data centers use double that — which is more than Iran. We’re talking not only Microsoft but Apple, Amazon, Google, Facebook, and countless smaller tech services and digital storage providers.

But even that tremendous data center draw is only 1% of worldwide electricity usage (and that puts Bitcoin at 0.5%). By comparison, worldwide transportation uses 2%.

And yet, the latest study just released by Digiconomist concludes that because of Bitcoin’s recent trend of skyrocketing prices, more people have become inspired to try their luck in the mining game. And as more miners are attracted by the glittering digital gold, the Bitcoin network could grow to consume as much energy as all data centers combined, with a carbon footprint the size of London’s.

This amount is projected to grow over the next two decades, with the entire information and communications technology (ICT) ecosystem potentially on target to use more than 20% of global electricity by the time today’s baby becomes a teenager. That includes household electronics, home computers, smartphones, and everything else you plug in and turn on to make your life easier, faster or better.

Of course, these numbers are mostly hypothetical. But it is worth noting that in 2018, Bitcoin mining was only using 20 TWh of electricity per year, which is just 10% of data centers. So Bitcoin energy usage has definitely grown substantially in three years.

Meanwhile, those data centers are claiming to be carbon neutral with zero emissions. Wait, what? How can that be?

And if data centers are carbon neutral, doesn’t that make Bitcoin carbon negative?

In 2008, when Bitcoin was just a thought in Satoshi Nakamoto’s mind, a study was released at the big data-focused Uptime Symposium in Orlando. It pointed out that energy use from data centers was growing at a rate of 24% per year, and could soon be out of control. This news prompted Greenpeace to start targeting global internet servers and other data centers. And at the time, the industry had already started implementing energy-efficient measures.

One of the targets, Facebook, collaborated with Greenpeace on a plan focused primarily on investing in and using renewable energy. And the rest of the industry followed suit. For the past two years, Facebook data centers have been carbon neutral and contracted for 100% renewable energy.

Apple also has carbon-neutral data centers, and commits to total supply chain carbon neutrality by 2030. Google achieved 100% renewable energy use across all operations in 2017, and its data processing has zero net carbon emissions. Amazon Web Services (AWS), the world’s largest cloud computing provider, announced a long-term commitment in 2014 that projects 100% renewable energy by 2030. They’ve since amended that target to 2025.

And to answer the previous question about Microsoft, the company has been carbon neutral since 2012, with 100% renewable energy since 2014, and vows to have carbon-negative data centers in the future.

With all their well-documented electricity use, how are data centers claiming zero emissions? It’s basically done through strategic (and somewhat deceptive) bookkeeping practices that happen to be completely legal.

They use renewable energy credits (RECs), which are like tokens representing green energy generation. Or, a “get out of jail free card,” if you will. As long as a company invests in renewable energy, it can creatively balance that out with its fossil fuel emissions to claim 100% renewable electricity use.

The top three cloud storage providers with the largest data centers are Amazon Web Services, Google Cloud, and Microsoft Azure. Collectively they account for two-thirds of all rentable computing services. And they all invest in clean energy projects to earn RECs, while also working towards making their facilities more energy-efficient.

So while on paper they can show carbon neutrality or 100% renewable energy, they’re each still connected to the grid, and spewing fossil fuel emissions into the air. In fact, only a fraction of each company’s energy comes directly from solar or wind installations. The rest comes from RECs.

For example, Google calls itself the “largest corporate buyer of renewable energy in the world.” It has power purchase agreements (PPAs) with various utility companies around the world. Google’s capital provides funding to construct renewable energy projects, and in return, it gets access to that power after the project is complete.

Google does its carbon accounting at the end of the year to make sure its energy use is offset by the exact number of renewable energy purchases. Eventually, it wants this neutral value to be a reality every hour, but that’s pretty difficult to pull off. So yearly balance sheets will have to do.

In some places, like China, Google data centers have to run on fossil fuels because renewable energy isn’t available. And yeah, China lays claim to over 60% of all Bitcoin mining activity as well, because electricity is famously cheap. And infamously coal-fired.

But wait a second, close to 50% of that Chinese mining happens in Sichuan and Xinjiang. More renewable sources are common in those regions, including hydroelectric, solar, and geothermal electricity. And here’s something even more interesting: these dams, solar and wind farms often produce more energy than the local grid can handle, so it would otherwise be wasted. That means Bitcoin mining is actually using free energy in those cases.

And as for that dirty coal in centers like Beijing? Well, it’s easier and more efficient to use it at its source for Bitcoin mining than to collect and transport it.

Since miners have financial incentives to keep their energy costs low, they often find power that would otherwise go to waste. Ever heard of gas-flare recapturing? Well, natural gas mining causes some of the gas to be burnt off or flared into the air, where it’s lost on release. Bitcoin miners capture that flare and use it for power.

But the bottom line is that until large Bitcoin mining farms start doing the same thing as big data companies, purchasing RECs to offset energy use, critics will see them as less environmentally friendly — despite using half the energy. Luckily, some mining companies are already starting to do that.

And Square, which owns Cash App and provides users the ability to buy and sell bitcoin, is committed to net-zero carbon emissions by 2030. The company has already earmarked $10 million for green Bitcoin mining energy.

In other words, the situation isn’t as bad as what naysayers make it out to be, and it’s only going to get better, just like it did with data centers. Even Bill Gates backpedaled a bit. “If it’s green electricity and it’s not crowding out other uses,” he admitted, “maybe that’s OK.” If it’s good for the goose, it’s good for the gander.

So don’t hate on Bitcoin … it went through a crazy rollercoaster ride over the past year, just like the rest of us. And it’s emerged from the pandemic as healthy and strong as anything could.