Despite the Down Market, Bitcoin has Been Enlivened by Billionaires Dorsey and Musk
By
Coin Cloud Team
, published on
February 26, 2019 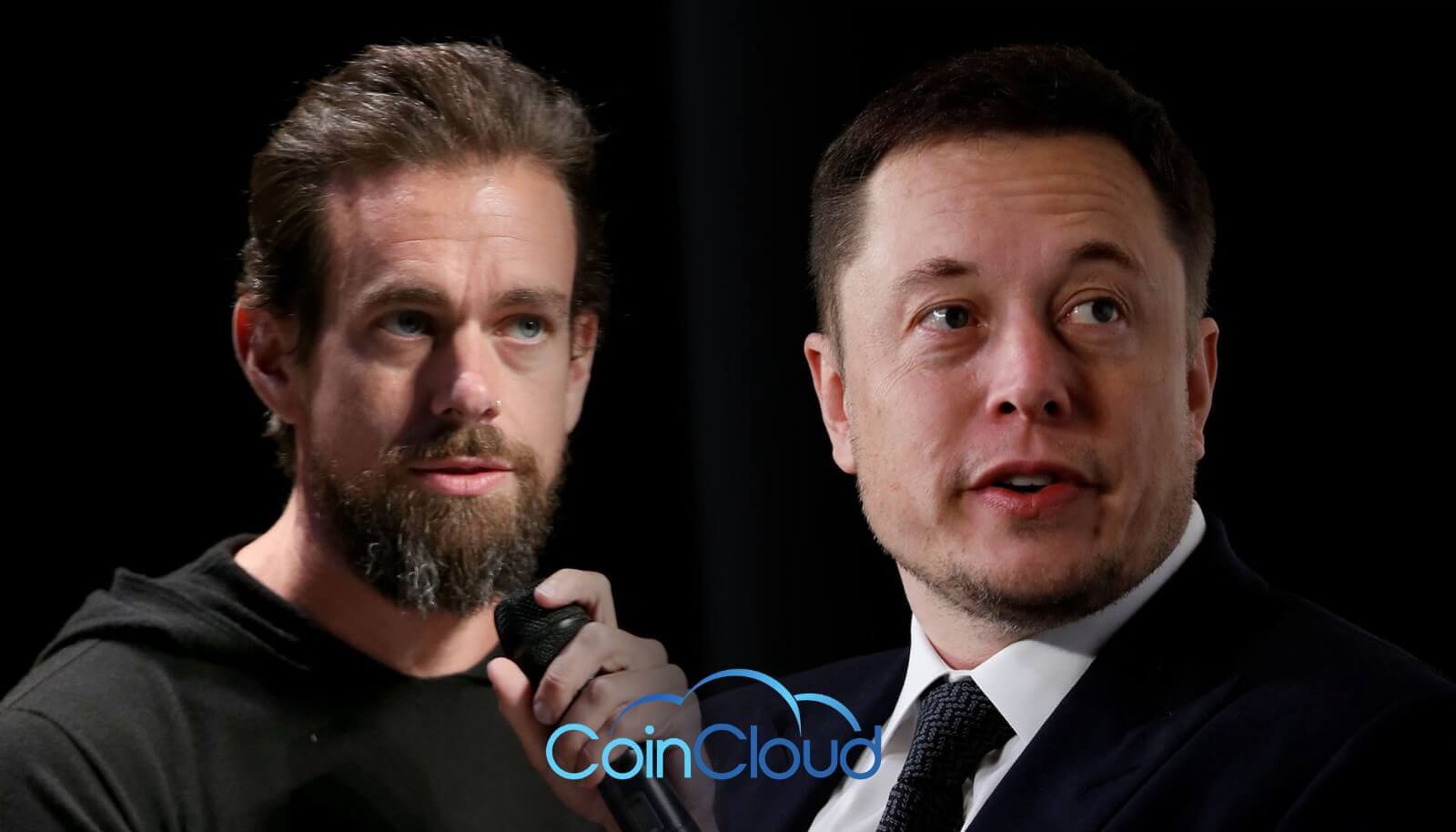 Bitcoin and its entire community have had to endure some grueling times over the last year. After shocking the world by reaching nearly $20,000 in 2017, Bitcoin hasn’t cleared the $5,000 point in months, with the price consistently hovering around the $3,200 to $4,200 range for what like seems forever.

Both Jack Dorsey and Elon Musk believe that Bitcoin is an exciting technology that will likely change the world. This week, Musk referred to Bitcoin as “quite brilliant,” adding that “it bypasses currency controls… Paper money is going away. And crypto is a far better way to transfer values than a piece of paper, that’s for sure.”

While getting Tesla involved in crypto probably isn’t going to happen, we see that Musk believes Bitcoin is important to the future of our economies… more so than any paper currency is.

Jack Dorsey, who also owns the payment application Square and Cash App, has had some experience in the crypto space by accepting crypto transactions through his platform. In a recently published report, Dorsey said, “The world ultimately will have a single currency, the internet will have a single currency. I personally believe that it will be Bitcoin.” While Dorsey went onto say that “[Bitcoin] does not have the capabilities right now to become an effective currency,” he believes it can become all that it’s able to be within 10 years, if it gets some additional developments.

So far, aside from accepting crypto payments on Square, neither Musk nor Dorsey have taken any real leaps to get involved in the industry, leaving the Bitcoin community wondering which mega-innovator will step in and push the technology to greater heights. It could very well be Dorsey or Musk, although it doesn’t look like that’ll happen any time soon. For now, their shy endorsements are enough to aid the budding technology in its mission towards widespread adoption.

Over the past decade, Bitcoin has slowly but steadily grown from a secret currency only used by a select group of people to becoming one of the most talked-about technological developments in recent history. Some of the largest financial institutions have already built, or are building out, systems and processes to be involved with Bitcoin and its underlying technology, blockchain. Bitcoin has flipped traditional systems on their heads and made us rethink what currency really is, and how it can be used in society.

Here at Coin Cloud, we believe that digital currencies will replace paper currencies. But, when that will happen? Only time will tell.

In the meantime, take a look at our map locator to find the nearest Coin Cloud ATM to you. Our machines allow users to buy and sell 30 altcoins with cash, all while only sharing minimal personal information.