How Crypto is Similar to the Gold Standard
By
Coin Cloud Team
, published on
December 8, 2021 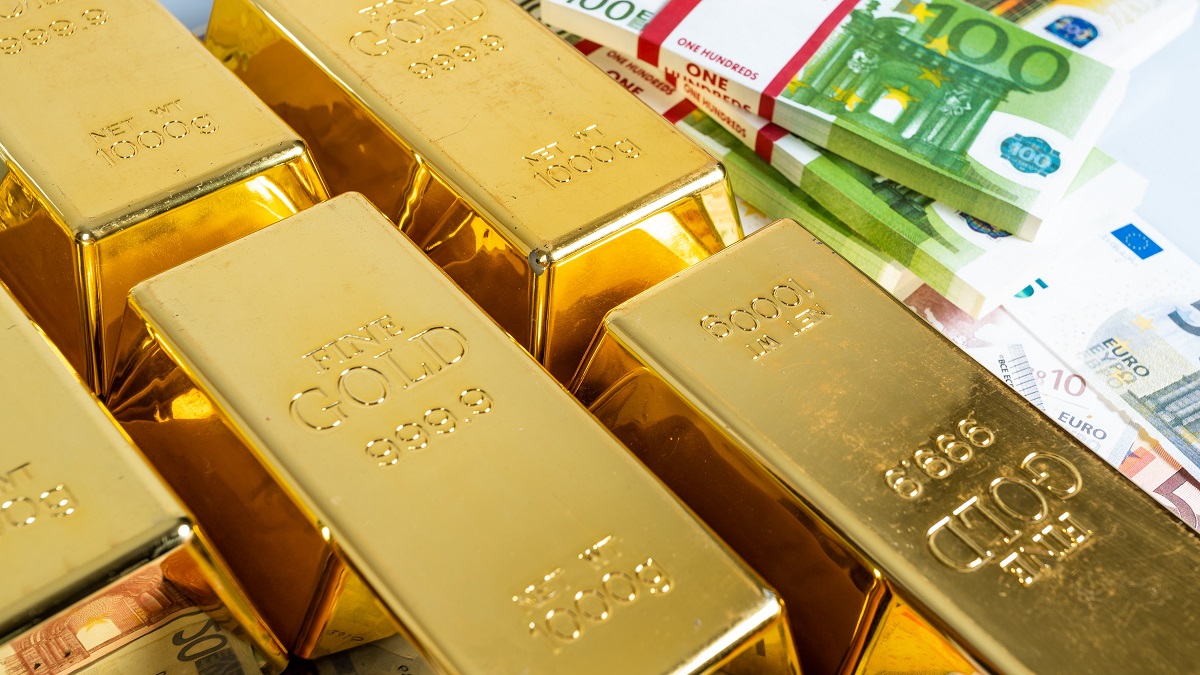 What is the value of a dollar?

That’s a hard question to answer because the value of money is based on several economic variables.

In the past, the USD was tied to physical gold reserves. So, every dollar’s value was defined by gold (a physical and capped resource) and you could theoretically trade your dollars for gold at any given time. Money could not be printed if there wasn’t physical gold to match its value in reserve. That was called the gold standard.

In 1971, President Nixon took the dollar off the gold standard for good. Now it’s not backed by anything, so the central bank can print as much money as it wants. This currency model is called fiat, which means it’s issued and used only because of the government’s order (“fiat”). They say what, they say when, and they say how much (to paraphrase Pretty Woman).

So, gone are the days when the value of gold dictated the value of currency. Fiat money is controlled by the government, which comes along with its own set of risks.

Let’s see how cryptocurrency can overcome these challenges and may be a new kind of gold standard in its own right.

What Exactly Is the Gold Standard?

The gold standard is a currency measurement system. It uses gold to determine the value of currency (i.e. dollars).

Throughout history, gold was used for trade. When currency was invented, governments tied their money to how much gold they had in reserves. This meant that the government couldn’t just print more money unless the government held equal weight in its gold reserves.

But, in 1913, the United States created the Federal Reserve (its central banking system) to stabilize the value of gold and currency. The country and its ally England needed to print more money to fund the military’s involvement in World War I.

After the war, the countries realized they didn’t need to tie the value of printed money to gold. So, in the 1930s, many countries started to abandon the gold standard. A set of events, including the Great Depression in the 1930s, caused the Gold Reserve Act to come into play in 1934.

The Gold Reserve Act made it illegal for any individual to privately own gold (unless they had a license). At the time, the United States held most of the world’s gold, so many countries started to peg their currencies to the dollar, instead of gold.

Then, in the 1970s, America entirely dropped the gold standard, and countries started to print more of their own currency.

Supply and Demand Changes Everything

While it sounds like fun and games to simply print more money (and we all surely wish we could do that ourselves), it has a major effect on pricing levels. In turn, the value of the money you hold is affected by how much money is in circulation. That’s just basic supply and demand.

A Quick Recap on Inflation

Inflation is a term used to describe the rising cost of goods and services over time. This means that the dollar you hold today will likely buy you less in the future (because prices rise). So, it can essentially measure how the value of your currency changes with time.

To figure out what inflation is at any point in time, there’s a “market basket” of goods and services. On a monthly basis, it’s measured for how much it costs to buy that market basket (which consists of common consumer goods).

We can calculate the rate of inflation with this equation:

There are a few factors that cause inflation, but since we are talking about money here, let’s focus on how increased money supply impacts inflation.

The money supply is the total amount of cash, coins, balances, and bank accounts based on the Federal Reserve. If money is printed faster than goods are being produced, then there will be too much money circulating in the economy. The money has nowhere to go because there isn’t enough supply of goods to feed consumer demand, so prices rise to balance out the overproduction of currency.

You can see how this can quickly devalue the money you hold today. With rising prices, you could have worked for $100 yesterday that will only buy you $99 worth of goods tomorrow. You’re right, that’s not cool.

Since the government is responsible for printing money, people look to see what the government is doing when inflation is rising (like it is currently, and at record rates). Since the value of money is no longer tied to anything, the government can essentially print money at no real cost (but it does have a cost for “we the people”).

Enter a world in which currency isn’t controlled by a government. Instead, it’s decentralized.

Bet you know where this is going… yep, you guessed it! Cryptocurrency!

Is Bitcoin the New Gold Standard?

There are people on both sides of the argument: those who believe crypto is the new gold standard and those who are against the idea.

But, without picking sides, let’s review why people are saying that Bitcoin could be the new gold standard.

To make Bitcoin the new gold standard, people propose that central banks would take ownership of crypto, and each central bank would switch to holding 100% digital coins, or central bank digital coins (CBDCs). 100% of CBDCs would be backed by Bitcoins entirely.

So, instead of a central bank deciding to just print new paper money, they’d need to have more supply of Bitcoins (which would then raise the value of each Bitcoin to cover the total money in circulation).

Stablecoins: The Digital Era of the Gold Standard?

Before we get too carried away on Bitcoin, let’s talk about another type of cryptocurrency that is based on the concept of the gold standard. And that’s stablecoins. They’re similar to CBDCs except they’re completely decentralized, like other cryptocurrencies.

A stablecoin is a form of digital currency that pegs its market value to an existing external reference, such as a currency (be it USD, EUR, GBP or another fiat currency). So, the goal of stablecoins is to keep valuations relatively stable because they are based on fiat money in circulation.

From its beginning, Tether was made to be pegged to the dollar. In theory, for every Tether token issued, there would be an equivalent amount of fiat money in reserves. But, some people are concerned because only a small portion of Tether’s reserves are actually in cash (the rest is in commercial paper, which is used as unsecured, short-term debt).

With a gold-backed stablecoin, there’s assurance in knowing that one token will always be at least equal to the current gold rate. It’s similar to how the dollar’s value used to be based on the gold standard.

Although each cryptocurrency’s value fluctuates, it’s unaffected by inflation or government decisions. And, with gold-backed stablecoins, you know that you will always have a minimum value that’s tied to physical gold. This is a major reason why people are looking to crypto like a modern-day gold standard.

It doesn’t matter if the government keeps printing money if you have gold-backed stablecoins. Your stablecoin value will always be pegged to the value of gold (reminder: gold is a natural resource that has a supply cap, so it retains value).

Find your nearest Coin Cloud DCM, which is the evolution of the Bitcoin ATM, here.