Is Bitcoin Poised For Growth?

Following the Extreme Surge in Late 2017, the Crypto Market has Dropped
By
Coin Cloud Team
, published on
February 19, 2019 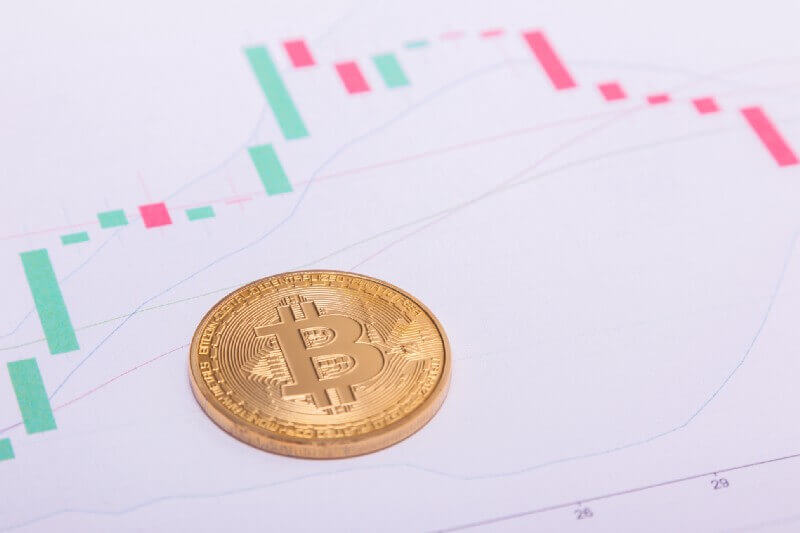 Following the extreme surge in late 2017, the crypto market has dropped tremendously. Some of the market’s largest crytocurrencies have lost up to 90% of their value, with Bitcoin being right there with them, having lost nearly 80% of its value since last year. After reaching a record high of nearly $20,000, Bitcoin has returned to a more healthy valuation of between $6,000 and $8,000. However, this isn’t to say that Bitcoin will remain stagnant for much longer. In this blog post, Coin Cloud discusses why Bitcoin is poised for growth in the coming months.

Finally Starting To Be Taken Seriously

In its early years, Bitcoin was the laughing stock of large financial institutions. Bitcoin was a toy, and the rest of the cryptocurrency market was just a playground for the very select few who saw the true potential behind cryptocurrency and its technology, Blockchain. It wasn’t until late 2017 that the rest of the world finally got a glimpse into what Bitcoin could be. Between the months of August and December, the price of Bitcoin rose from roughly $7,000 a coin to $20,000! Everybody and their mothers were rushing to get their hands on some coin, causing the price to rise to astronomical levels.

This rapid growth caught the eye of some of America’s biggest and longest-standing financial institutions. Sure, the market has since fallen back to a more stable level, but it has officially gained the attention of what we refer to as the ‘big dogs’.

The extreme FOMO (fear of missing out) present amongst the general public in late 2017 that caused Bitcoin’s price to skyrocket is now starting to take place in the business world. For example, huge multinational companies like Starbucks and Microsoft have began accepting Bitcoin as a form of payment.

This year, we’ve also seen the Chicago Board Options Exchange (CBOE), the largest U.S. options exchange, file an application with the Securities Exchange Commission (SEC) to create the country’s first Bitcoin led ETF. This development is huge for the cryptocurrency world as it helps to mitigate some of the risk for those that see Bitcoin as too volatile. With this, we can expect to see more Bitcoin investors enter market.

Other companies like Goldman Sachs have also announced that they will be launching their own Bitcoin trading system. We’re seeing the domino effect take place amongst businesses that previously deemed Bitcoin and cryptocurrency a joke that’s never to be touched.

Sure enough, Wall Street and the crypto world are slowly but surely becoming more intertwined. Flashback to just a couple years ago, the majority of institutions on Wall Street were some of Bitcoin’s biggest opponents, viewing the cryptocurrency as nothing more than a fad only to sizzle away and never be mentioned again.

From these recent developments and increased adoption, we see that the momentum behind Bitcoin and the cryptocurrency market as a whole is rapidly growing. It’s only a matter of time before Bitcoin officially makes it way into the mainstream for good.

So, What About This Makes Bitcoin Poised For Growth?

Bitcoin’s value is based solely on its scarcity, meaning there is a limited supply of Bitcoin available to be purchased. Therefore, Bitcoin’s value is a direct result of the law of supply and demand — as more people want to buy it, the higher in value it becomes.

So, as Bitcoin becomes more widespread and more companies began accepting it, it is only natural that an increased amount of people are going to want to purchase it. This influx in demand will reflect positively on Bitcoin’s price.

In the coming years, as Bitcoin and Blockchain technology continue to grow and evolve, we wouldn’t be surprised to see Bitcoin become another common asset in people’s financial portfolio. It will be start to be viewed as a store of value, or commodity, similar to gold. This will surely cause the price to rise steadily. We may not see as rapid a growth as we did in late 2017, but nonetheless, Bitcoin is prepared for its next influx.

It’ll be interesting to see how Bitcoin progresses in the near future. What was once deemed untouchable by some of the country’s top financial experts has now become one of their biggest focuses. Bitcoin is undoubtedly one of the biggest innovations in modern history and its potential is just getting started.

Where Can I Buy Bitcoin?

There are a few different ways to buy Bitcoin. If you wish to use your debit/credit or bank account to buy Bitcoin, there are several online exchanges that will make this possible. If you choose not to share your personal banking information with online exchanges and instead use cash, check out our Coin Cloud Bitcoin ATMs.

Coin Cloud has been buying and selling Bitcoin since 2014. We are experts in the space and have created technology to help both beginners and other experts buy and sell Bitcoin with confidence. Our Bitcoin ATMs, Coin Cloud app found in the Apple store and Google Play store, and live support ensures that our customers can trade Bitcoin safely and securely. Find Bitcoin ATMs near you.