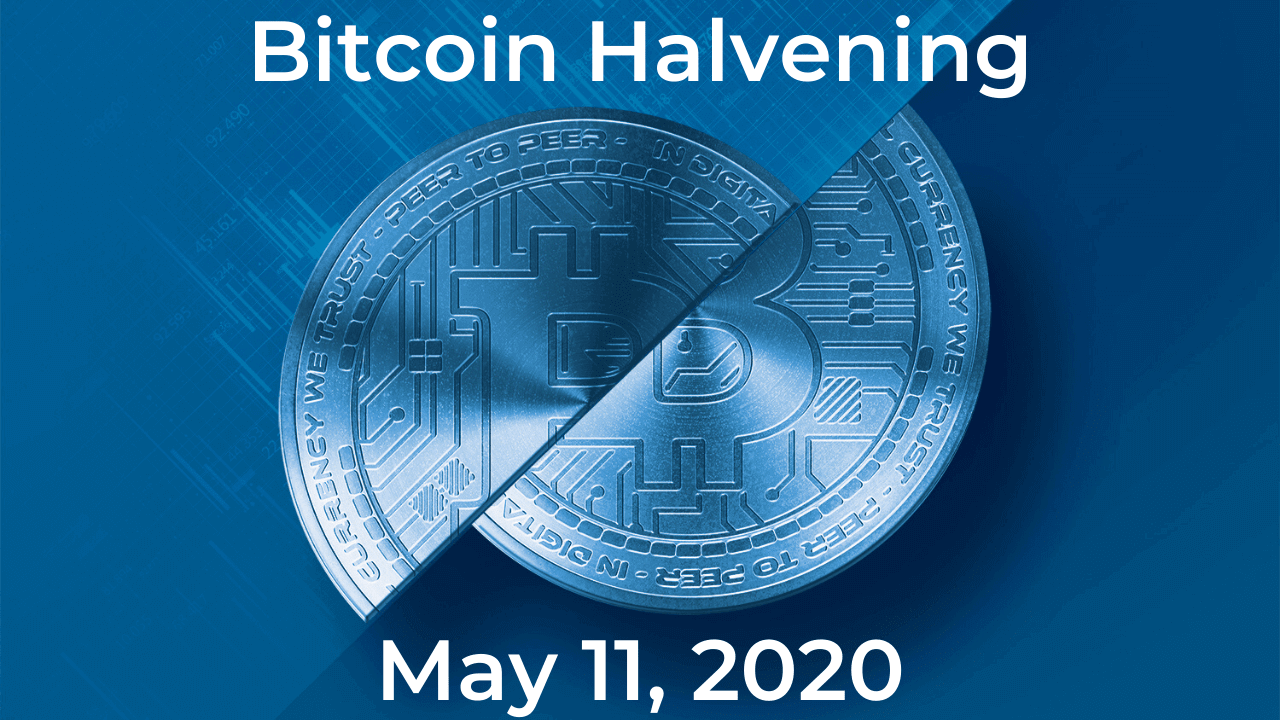 If you’re not sure what all the fuss is about, check out our previous blog posts (Part 1 and Part 2) explaining what the Bitcoin Halving (or Halvening) is and why it exists.

In a nutshell, “Bitcoins are created at a decreasing and predictable rate. The number of new bitcoins created each year is automatically halved over time until bitcoin issuance halts completely with a total of 21 million bitcoins in existence,” explains Bitcoin.org.

This automatic halving occurs after every 210,000 blocks are mined, which takes approximately 4 years at a rate of one block every 10 minutes (or so). Both the reward for Bitcoin mining and the rate of Bitcoin issuance are being cut in half at the same time.

When Bitcoin was first created, the reward was 50 bitcoins for every block mined. It just dropped, after this Third Halvening, to 6.25. But at the same time, the value of a single bitcoin has skyrocketed to the point where referring to it as a “coin” is laughable.

The anticipated time fluctuated as it approached, but final Halving Time was May 11, 2020, at around 12:30 pm – about a day before originally forecast.

Interestingly, the current global economic conditions are very similar to what they were when Bitcoin was invented in 2008. Back then, billions of dollars were being spent on bank bailouts, with a second round being considered shortly afterwards. Now, it’s trillions that are being spent to bail out the economy in the wake of the COVID-19 pandemic.

The Halvening is Happening

But back to the big event. Now that the Halvening is Happening (or actually, just happened), what does that mean about the price of Bitcoin?

A quick look at the Twitterverse shows excitement leading up to the historical moment, but the fireworks went out with a bit of a fizzle rather than sizzle.

“Great, the #btc Halvening is out of the way. All that’s left now is 4-5 years of economic depression and I’m sure things will start to look up,” remarked Cryptotradingplaces (@Cryptotradingp2).

Jordan Clifford (@jcliff42), co-founder of Scalar Capital, wrote, “the halvening moment is a predictable nothing burger. What’s interesting is the weeks and months that follow. It takes less incoming $ to keep the current price levels, and the same incoming $ will steadily increase the price where supply meets demand.”

Bram Cohen (@bramcohen), creator of BitTorrent and Chia.net, asked, “You may wonder why this didn’t play out as theory would predict during the last halvening. So do I. Best guess from talking to miners at the time seems to be that Bitcoin’s price had been running up so much that even miners who were running at a loss in that sense that they’d have better returns simply buying Bitcoin had been turning a big dollar profit and simply left everything running out of blind momentum, because people who would do such calculations weren’t doing any mining.”

He later posted, “Looks like the mining market is much more efficient than it was last halvening and a bunch of miners turned off their operations the instant the rewards halved.”

Other social media banter turned to whether Bitcoin halving is “priced in” or not.

One Shot Finance (@OneShotFinance) argued, “If the halvening isn’t priced in, there should be an instant increase the second it happens.”

But Vijay Boyapati (@real_vijay) published a series of 12 tweets, starting with “inquiring minds are wondering whether the so-called ‘Bitcoin halving’ is ‘priced in’. In this thread I will explain that it is not and it cannot be priced in.”

His basic argument shows that since Bitcoin is not a traditional financial asset, it can’t be priced as one. His prediction is that the price will rise slowly, due to demand becoming higher than supply. But “The height of the final crescendo top cannot be known (or priced in) because it is determined by the latent cohort size ‘reachable’ in the current hype-cycle and the individual demand curves of those in the cohort.”

He summarizes by saying, “We do know, however, that during this cycle #Bitcoin will achieve something close to geopolitical significance in monetary terms. The world will be watching.” (You can read the entire thread here.

Certainly, the world is watching, even though it’s not entirely in agreement over what’s going to happen.

In the meantime, consensus seems to be to “HODL it”.

In case you didn’t know, HODL came from a misspelling of “HOLD” in a 2013 forum post where member GameKyuubi proclaimed, “I AM HODLING” because “I KNOW I’M A BAD TRADER.” But sometimes it’s good to “hodl.” So now the term is used tongue-in-cheek to discourage crypto traders from selling just because the market is fluctuating.

The price of Bitcoin might go further down before it goes up. But … contrary to the old saying … “What goes down must come up,” in the world of post-halvening Bitcoin.

We agree with this thought process. Be like the persistent Dory in Finding Nemo. Just keep HODLING!

If you want to grab some Bitcoin while it’s still fairly low, check out Coin Cloud’s online purchasing option or find your nearest Bitcoin ATM here.