The $92-Million Pizza that Rocked the Cryptoworld!
By
Coin Cloud Team
, published on
May 22, 2020 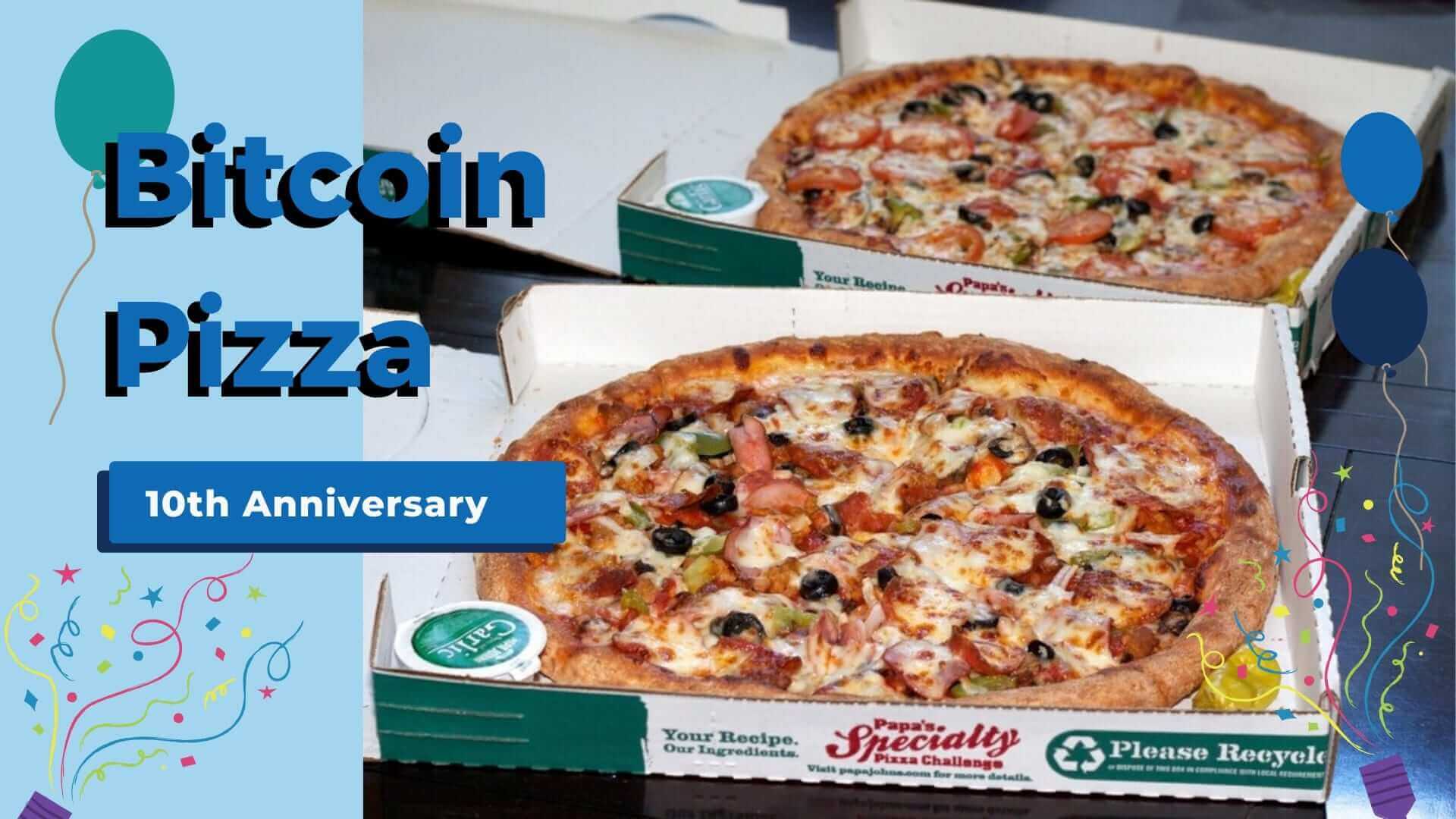 Pizza lovers and Bitcoin enthusiasts around the world have a reason to celebrate today … it’s the 10th anniversary of the world’s first Bitcoin purchase — a couple of Papa John’s pizzas!

Picture the world in 2010. In many ways similar to today, but also very different. A lot happens in a decade.

But What About Bitcoin?

In May 2010, miners had been churning out Bitcoin for almost 18 months. One of those miners, Laszlo Hanyecz of Jacksonville, Florida, made the first real-world Bitcoin purchase on May 22, 2010.

The evening of May 21, 2010, he posted this message on BitcoinTalk.org:

I'll pay 10,000 bitcoins for a couple of pizzas.. like maybe 2 large ones so I have some left over for the next day. I like having left over pizza to nibble on later. You can make the pizza yourself and bring it to my house or order it for me from a delivery place, but what I'm aiming for is getting food delivered in exchange for bitcoins where I don't have to order or prepare it myself, kind of like ordering a 'breakfast platter' at a hotel or something, they just bring you something to eat and you're happy! …

If you're interested please let me know and we can work out a deal.

At first, fellow forum members were confused. Why would anyone want to buy something with their Bitcoin?

But Hanyecz was persistent. A little later, he posted, “So nobody wants to buy me pizza? Is the bitcoin amount I’m offering too low?” BitcoinFX replied that he would do it, but not being based in the U.S. he was worried about being considered a prank caller.

“I just think it would be interesting if I could say I paid for pizza in bitcoins,” Hanyecz responded. And he did follow through on his experiment. The next day he reported that he had, in fact, bought his pizza from Papa John’s, using the 10k BTC. He uploaded several images of the two pizzas as proof of the transaction.

Hanyecz continued making similar offers all summer on the forum, until he decided he couldn’t afford to keep paying out his Bitcoins that way. He was mining 50 BTC for every 10-minute block solved in those days, but 10,000 of them for every pizza order certainly adds up. That’s 200 blocks worth of Bitcoin, which takes about 33 hours to mine.

Let’s take a step back for a few minutes and look at the big picture here, because it’s not just about the rising value of Bitcoin. In fact, if it weren’t for the historic pizza purchase, Bitcoin might not be worth much more today than it was 10 years ago … just like the USD isn’t.

Since Bitcoin was worth less than 1 cent at the time, it wasn’t a big gamble, even at 10,000 of them. That was just a drop in the bucket compared to how many he had stashed away. And the exact purchase that makes us shake our heads in wonder 10 years later is the one responsible for establishing BTC as an actual currency … which is why its value is so high now.

Still sitting on the fence? Maybe it’s time to buy some Bitcoin so you can look back in another 10 years and laugh at the Trillion-Dollar Pizza of 2010 (or whatever it happens to be worth at the time … you just never know!) *