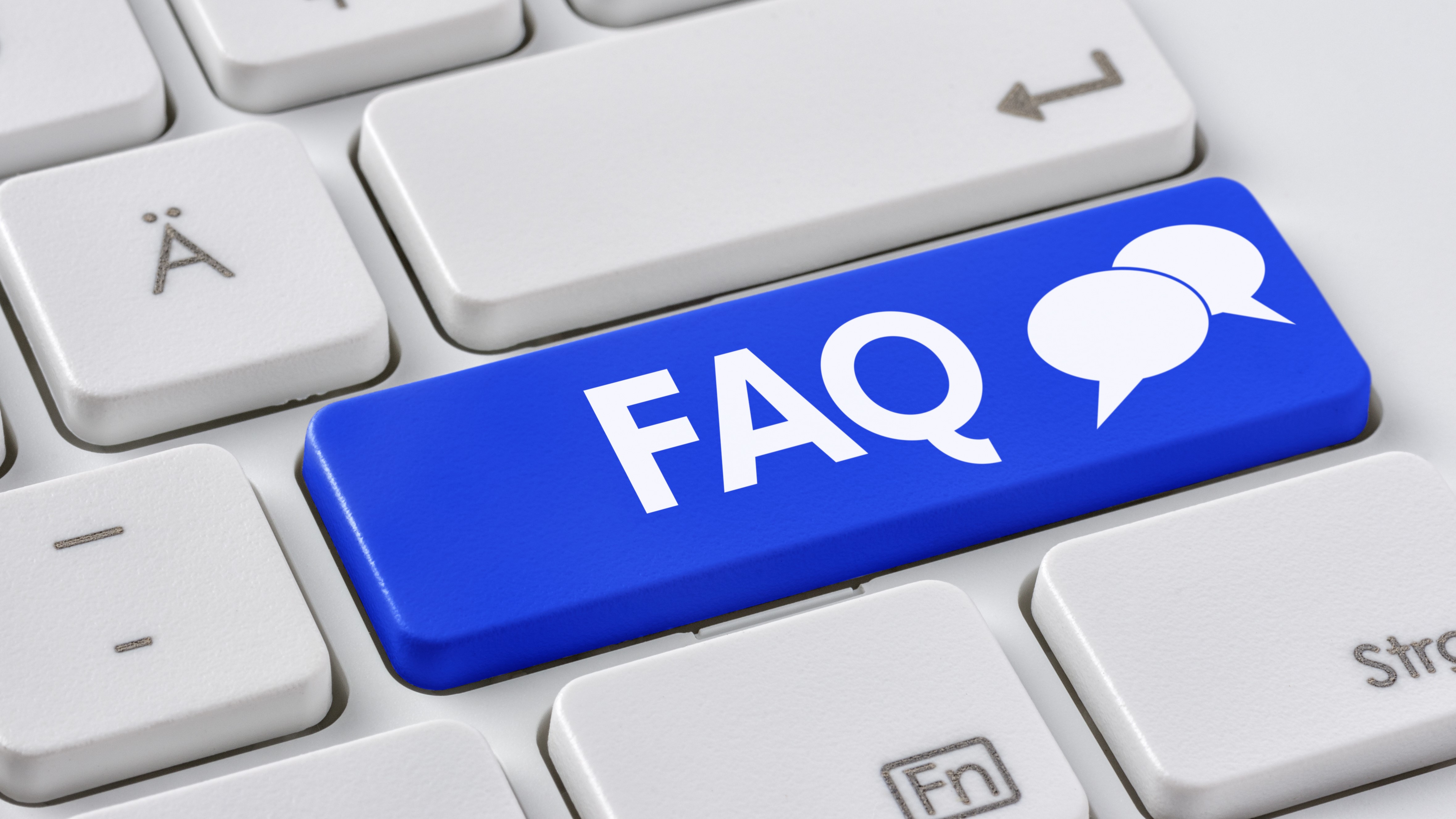 Bitcoin is a cryptocurrency that was announced in 2008 as a “Peer-to-Peer Electronic Cash System” by publishing the Bitcoin whitepaper, and released in early 2009. The creator of Bitcoin is an unknown person or entity using the alias Satoshi Nakamoto. You may have heard different theories or claims about who Nakamoto really is, but so far none have been proven, and most have been disproven.

Bitcoin transactions are made through a decentralized computer network, which means no bank is required. You can use it to buy or sell things online, or you can save it as a store of value. Every transaction is permanently and securely recorded with pseudo-anonymity on a public digital ledger called the blockchain.

While it was conceived as a peer-to-peer payment system, Bitcoin hasn’t been adopted as a medium of exchange as much as a store of value. This is because transactions take at least 10 minutes to be verified and written to the blockchain, which is the time it takes to write a new block of data to the chain.

Payment processors now exist that can speed up this process, but it’s not clear how scalable that will be. So realistically speaking, Bitcoin could be used to make large purchases like a car or real estate, but it isn’t as practical for daily small transactions. Other cryptocurrencies, like Bitcoin Cash, Litecoin and Dogecoin, are better suited to that.

However, as a store of value, Bitcoin has gained a lot of attention from investors. It’s very volatile in the short term, with prices going up and down drastically. However, long-term value is a different story. In just a decade, the price of Bitcoin has increased from a few cents to tens of thousands of dollars apiece, which is more than most assets in the world.

This is why many people prefer to spend Bitcoin Cash (for example) but “hodl” Bitcoin (“hodl” being crypto-slang for hold).

Blockchain is a permanent and publicly accessible digital ledger, similar to a spreadsheet. Bitcoin and other crypto transactions are recorded and stored on their own blockchains. It’s literally made up of “blocks” of data linked together as a “chain.”

Bitcoin is created when Bitcoin miners with powerful computers run complex programs that confirm groups of transactions to be stored on the blockchain; it takes about 10 minutes to form each block of the chain, which is rewarded by paying the miner a set amount of Bitcoin. Other cryptocurrencies are created the same way, with different transaction times based on the asset. This mining process is known as a Proof of Work (PoW) model.

Blockchain technology is now being used for more and more purposes, like voting and tracking other types of data, but cryptocurrency is the first and most well-known.

While “cryptocurrency” is often used as an all-encompassing term for digital currency, technically it’s a special subcategory of coins created with the science of cryptography. These currencies are usually mined by super-powerful computers, in a process known as Proof of Work (PoW). A newer alternative to PoW is Proof of Stake (PoS), which are not mined. Instead, people “stake” a certain amount of coins for others to use, and get rewarded for that, like lending someone money in exchange for interest.

Other blockchain-based digital currencies, like Ethereum’s Ether (ETH) coin, can be considered cryptocurrencies as well. The difference is that Ethereum, Cardano, Tron, Avalanche (AVAX) and some others are programmable blockchains that can run smart contracts. As a result, these digital assets are much more than just “currencies.”

Other tokens and projects can be built on these smart contract platforms as well. For example, most stablecoins, decentralized finance (DeFi) projects, decentralized exchanges (DEXes), non-fungible tokens (NFTs) and more are built on the Ethereum blockchain. So while they exist in the cryptocurrency metaverse, most of these tokens and assets would not normally be called cryptocurrencies.

Digital currency is any currency in digital format, including popular payment platforms like PayPal, Venmo, Zelle, Apple Pay, Samsung Pay and Google Pay … and even your online bank account, since the numbers you see when you log in are just digital representations of real money. The bank doesn’t necessarily hold paper “fiat” (government-issued) currency in the same amounts as all the bank account balances in existence, but you can ultimately trade it in for paper money if you want to.

Other categories of digital currencies don’t exist in physical form at all, including Bitcoin and altcoins. Cryptocurrencies, stablecoins and other blockchain-based coins and tokens all fall under the digital currency umbrella.

While cryptocurrencies are decentralized, meaning they’re not managed or controlled by a government, bank or other third party, you may have heard of a new category. Central Bank Digital Currencies (CBDCs) are very similar to stablecoins, except they are centralized and endorsed by their corresponding government.

What is Virtual Currency?

Virtual currency is considered currency because we say it’s currency, and it has value because we say it has value – not because it’s necessarily issued by a government or other overseeing party. And not because it’s necessarily backed by any real-world asset, although stablecoins would be an exception to that. Some are backed by fiat currencies, like USD, GBP or EUR. Others are backed by gold, other valuable assets, or even other cryptocurrencies.

Cryptocurrency is one type of virtual currency, which is a specific type of digital currency. Other virtual currencies include altcoins like stablecoins, smart contract tokens, DeFi and more.

What are Smart Contracts?

So unlike a regular old-school contract, like with your landlord, car dealer or show biz manager, smart contracts can’t be forged, edited or tampered with. When they’re locked in on the blockchain, they’re permanent and publicly verifiable.

Stablecoins, one of the tradeable categories of digital currencies, use these smart contract blockchain ecosystems. So do most gaming tokens, non-fungible tokens (NFTs), decentralized finance (DeFi) projects, decentralized exchanges (DEXes) and more.

Ethereum is the most famous smart contract blockchain ecosystem, and all stablecoins used to be Ethereum-based. Now there are other options, but Ethereum is still the most used because it’s the biggest and most accessible. Ethereum smart contracts have built-in regulation, on-chain logic, go through multiple audits and are closely watched to maintain security.

Tron is a runner-up in this category, and Cardano is an up-and-comer earning more and more market share. Avalanche (AVAX) is a newcomer to the game, gaining attention for being faster and more eco-friendly than competitors.

Stablecoins are not mined, but are backed by another currency or commodity, whether fiat currency, cryptocurrency or exchange-traded commodity. This is designed to reduce risk and increase stability (hence the name). However, they are subject to the same volatility as the backing asset they are tied to. So, if the USD goes down in value, so does any USD-backed stablecoin.

Primarily, stablecoins are used by investors for trading, since it gives them some security against market volatility. This is the largest category of digital currency available to trade at Coin Cloud DCMs, and includes stablecoins backed by fiat and crypto.

Most of the currencies in this category should technically be referred to as digital tokens rather than digital coins, since coins have their own blockchains and tokens are built on existing blockchains. But these lines are blurring as more digital assets are developed.

Where do I keep my Bitcoin or other Digital Currency?

Bitcoin and other virtual currencies are stored in a digital “wallet,” which typically exists either in the cloud or on a user’s computer or phone. The wallet is a kind of virtual bank account that allows users to send or receive Bitcoin and other digital currency, pay for goods, or save their money.

There are two types of Bitcoin wallets: custodial and non-custodial. Custodial wallets are controlled by a third party, like an online exchange or platform. Non-custodial wallets have a 12-word recovery phrase that you alone know, so you have complete control over your funds.

If you need a wallet, we recommend downloading the Coin Cloud Wallet, which is directly tailored for the most optimal user experience at our DCMs. It’s non-custodial, which means you have complete control over your money. The Coin Cloud mobile wallet app is available in both the Apple App Store and Google Play.

Should I send Bitcoin to a stranger?

No, please don’t. Being asked by a stranger to send them Bitcoin is very likely a scam. When sending funds to anyone, always use your best judgment and never forget that if something sounds “too good to be true,” it often is.

If you wouldn’t feel comfortable sending an envelope of cash to a complete stranger’s P.O. Box, do NOT send Bitcoin or any other digital currency to them either. Once you send cryptocurrency, you cannot stop, cancel, or reverse the transaction.

Coin Cloud policy forbids the sending of Bitcoin to a third party. So if you are planning to legitimately send digital currency to a friend or family member, be sure to purchase it into your own wallet and then send the funds from there.

Some popular scams involving Bitcoin include, but are not limited to:

The government, or a real charity or nonprofit, will never require payment to be in Bitcoin, so if you get such a request, it’s most definitely a scam. And if someone you met online is asking for Bitcoin, question how well you know and trust them.

Skip To FAQs on: