Which is Better? The Difference Between Ethereum and Litecoin
By
Coin Cloud Team
, published on
February 7, 2022 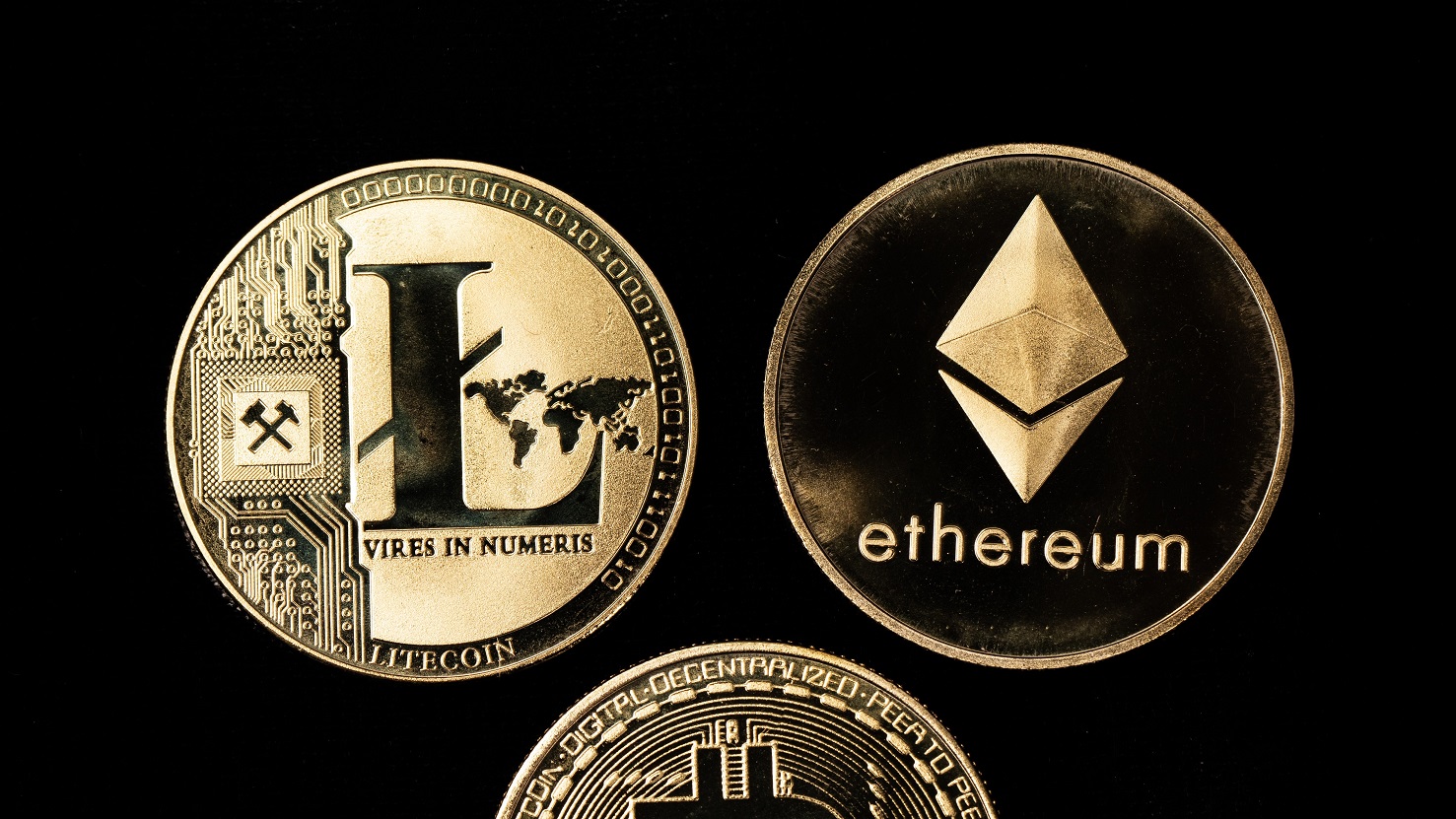 If you’ve ever traded on the stock market, you’re well aware of the need for diversification. The same type of strategy applies to cryptocurrency, especially since the market can be volatile. But before you can think about diversifying your portfolio, you need to understand which cryptocurrency is used for what.

Although Bitcoin has dominated most of the crypto market and publicity since it was the first one released, there are literally thousands of cryptocurrencies to choose from.

Litecoin and Ethereum are two well-known cryptocurrencies with significant market capitalizations. Ethereum has long been #2 to Bitcoin in terms of market cap, while Litecoin is in the Top 20.

If you’re debating whether to invest in Ethereum or Litecoin, you should choose the one that best suits your needs (or maybe some of each).

But the bigger question is, why are you comparing the two? While there are some similarities between the coins, there are far more differences when you start to look at Litecoin vs. Ethereum. It’s sort of like comparing apples to oranges.

Let’s take a closer look at Litecoin vs. Ethereum

Litecoin (LTC) is a decentralized cryptocurrency, meaning it has no central authority. It was created by a former Google developer named Charlie Lee in 2011, two years after Bitcoin. Litecoin is one of the first cryptocurrencies to be developed using Bitcoin's original open-source code. Rather than being a “hard fork”, this is called a source-code fork.

Known as “the silver to Bitcoin’s gold,” Litecoin is designed to be 4 times faster than Bitcoin and with 4 times the maximum circulating supply. People and institutions worldwide can use the Litecoin network to make quick payments.

Litecoin, like other decentralized cryptocurrencies, is not issued by a government, which has traditionally been the only authority society has trusted to print money. Litecoins are created by an elaborate cryptocurrency procedure called mining, which involves processing a list of Litecoin transactions.

Litecoin operates on the Lightning Network, and like Bitcoin, is based on the proof-of-work (PoW) mining mechanism. To keep the Litecoin blockchain functioning, a network of miners performs sophisticated computations. The hashing algorithm is Scrypt. Miners are rewarded with newly created Litecoins in exchange for their energy consumption and algorithm crunching.

The Scrypt algorithm used by Litecoin prevents miners from pooling their resources. Because the network is decentralized, there is less danger of a hostile takeover by a band of miners joining together.

When buyers and sellers use Litecoin to perform transactions, the information from the transaction is stored in new blocks that are being mined. Network fees are paid to miners for each transaction.

Litecoin is intended to be used as a medium of exchange and a way to store value. Investment in Litecoin is comparable to silver investing.

Unlike Litecoin and Bitcoin, Ethereum is not just a cryptocurrency. It’s a complete ecosystem revolving around a programmable blockchain.

Created by a small group of blockchain enthusiasts in July 2015, Ethereum is a blockchain platform that has its own money, Ether (ETH). It also has its own programming language, Solidity, which enables the smart contracts Ethereum runs on.

Ethereum’s blockchain network is a decentralized public ledger for validating and recording smart contracts. Unlike the standard databases you're probably familiar with, information in a blockchain is recorded on a chronological “chain” of data “blocks” and can’t be changed. Every transaction involving an Ether must be confirmed and registered as part of a new block on that coin’s blockchain.

But rather than just a place to mine Ether, the Ethereum blockchain is used to create all kinds of decentralized finance (DeFi) projects, including stablecoins, decentralized exchanges (DEXes), decentralized applications (dApps), non-fungible tokens (NFTs) and more.

The supply model of Ethereum varies from that of Bitcoin and Litecoin. The overall quantity of Bitcoin will be restricted to 21 million BTC, and Litecoin’s cap is 84 million LTC. But the Ethereum platform will have an infinite supply but a maximum yearly supply of 18 million ETH.

Mining on the Ethereum blockchain and collecting Ether mining rewards are determined by the hash rate, power consumption, energy cost, and fees paid to a mining pool and hosting provider. These factors give cryptocurrency an intrinsic value and directly influence profitability, mining difficulty objectives, and the crypto market's overall price performance.

Ethereum can be mined in as little as 10 to 20 seconds, making it far faster than Bitcoin, or even Litecoin. But to speed things up even more, the next generation of Ethereum, Ethereum 2.0 (Eth2) will be moving to a proof-of-stake (PoS) model instead of the current PoW model mined cryptocurrencies use.

Also, when choosing whether to buy Ethereum or Litecoin, both have network transaction charges that go to miners. But the Litecoin mining fee is a constant few cents, whereas Ethereum’s “gas fees” fluctuate wildly, depending on how congested the network is.

To conduct a transaction using Ether tokens, users must pay a gas fee. Every block has a base fee and a minimum price per unit of gas, which is calculated by the network based on current demand.

Users of the network can develop, publish, use decentralized apps (dApps) on the platform, and pay for these applications using Ether.

The Ether coin was created to be used on the Ethereum network. However, as the popularity of the platform grew, Ether began being accepted as a means of payment by some shops and service providers, similar to Bitcoin.

As of May 2021, Ethereum is only second in market value to Bitcoin as a cryptocurrency.

What is the Difference Between Ethereum and Litecoin?

Ethereum is newer digital asset than Litecoin, being established in 2015 while Litecoin was launched in 2011.

When choosing between Litecoin or Ethereum it’s important to note that Litecoin is a cryptocurrency while Ethereum is a digital asset that functions as a platform. Ethereum’s strongest feature is its smart contracts, which allow Ether transactions to take place automatically and give a way to program other functions on the blockchain.

There is a limit in the case of Litecoin. The maximum number of tokens is 84 million. Ether, on the other hand, knows no bounds.

Bitcoin vs. Ethereum vs. Litecoin Speed

Each of these coins has a distinct block time. The block time for Ether is only 15 seconds. That means you can confirm several transactions in under a minute. Litecoin, though, has a far longer block time than Ether, at 2 ½ minutes. But that’s still four times quicker than Bitcoin with its 10-minute blocks.

As far as which is better, Ethereum or Litecoin, it all depends on what you want to accomplish.

Should I Buy Litecoin or Ethereum?

Choosing between Ethereum vs Litecoin can be a challenge since both were founded in order to improve certain aspects of Bitcoin. Litecoin is primarily considered a kind of currency — a transactional counterpart to Bitcoin.

Ethereum, on the other hand, draws developers who may contemplate a wide range of applications for its platform and allows for the creation of smart contracts. Furthermore, because Ethereum enables the increasingly popular non-fungible tokens (NFTs) as well as DeFi and Stablecoins, you will prefer Ethereum if you want to invest in these types of tokens.

There are some essential variables to consider while deciding between Litecoin and Ethereum. In actuality, the two tokens serve completely distinct objectives for their respective users. Litecoin is also considered as a secure, alternative payment method to Bitcoin, designed for managing comparable types of transactions but at a faster rate.

Keep in mind that Litecoin was never meant to replace Bitcoin. As “the silver to Bitcoin's gold” it was never expected to be worth as much. It's 4x faster with 4x the coin limit, but its purpose is primarily for smaller transactions. It doesn’t make sense to buy a cup of coffee with BTC, but it could make sense with LTC. On the other hand, BTC is a more valuable asset and it does make sense for larger transactions, like a house or a car.

However, because Ethereum is the most popular altcoin and has such a unique platform, its developer and supporter community are significantly larger than that of Litecoin.

In the end, both of these coins are well-known and widely traded in the cryptocurrency world. What matters most in deciding between Litecoin vs. ETH is what you want to do with your cryptocurrency.

If you primarily want to transact, Litecoin may be a better option. Conversely, Ethereum is more versatile because you need ETH to buy an NFT, or use a DEX like Uniswap or SushiSwap, or invest in DeFi projects. You can’t use LTC for those things since they are built on Ethereum.

Don’t worry too much about the pros and cons between Litecoin vs. Ethereum if you're looking to diversify your investment portfolio – just purchase a little bit of each and watch the market rise (or fall, but the overarching trends are most important).

What is the Best Place to Buy Both Altcoins?

You don’t need to debate the merits between Litecoin vs. Ethereum since there’s one spot where you can purchase both of these altcoins fast and easily, with no lengthy setup, staking, or exchanging procedures. It’s at a Coin Cloud digital currency machine (DCM).

Ether and LTC are available at Coin Cloud’s futuristic, highly advanced Crypto ATMs. You don’t even need a credit or debit card to participate. Plus, at our machines, you can also sell Ethereum and Litecoin quickly and easily for cash.