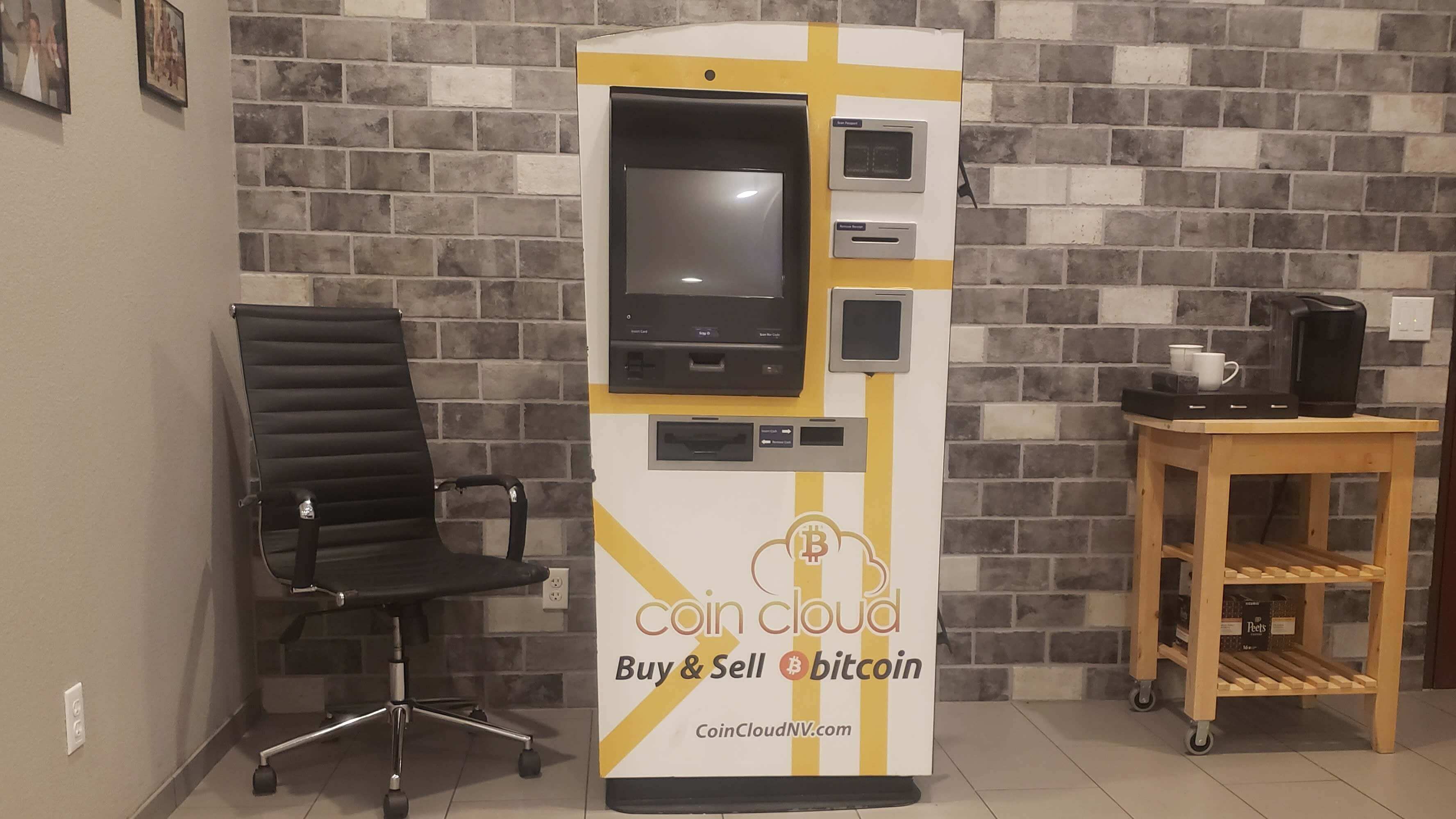 The original Bitcoin Bodega on display in the Coin Cloud office

Coin Cloud is celebrating a milestone! Six years ago today, the first Coin Cloud Bitcoin ATM was installed – and the first one ever on the Las Vegas Strip.

Dubbed the “Bitcoin Bodega,” that first Coin Cloud machine was made by Robocoin, the same company who made headlines with the world’s first Bitcoin ATM, which went live in Vancouver, BC, in 2013.

Regulations in the US were a little stricter, so it took 9 months for Coin Cloud to launch after that first Canadian installation, but the Vegas Strip kiosk helped change history. Today there are 6,700 crypto ATMs in the US, and almost 9,000 worldwide, according to Coin ATM Radar.

Located across the Strip from ARIA Resort & Casino and the upscale Crystals at City Center shopping center, the BTM was at the Viva Vegas souvenir shop, central to all the major Vegas casinos. The prominent location was easily accessible by foot as well as having its own convenient drive-up parking and 24-hour security guard. Over 100,000 people walked past the kiosk daily, which allowed the Coin Cloud machine to become the #1 performing Bitcoin ATM in the world within 45 days of launch, according to statistics compiled by Robocoin.

“There’s no question that cryptocurrencies such as bitcoin have the potential to be one of the most important innovations of the 21st century,” Coin Cloud Founder and CEO Chris McAlary said at the time. “Las Vegas could be one of the places that really helps drive it all forward.”

A high-stakes poker player and bitcoin miner-turned-trader, McAlary knew that the Las Vegas environment would be the perfect place to launch his future network of BTMs.

Las Vegas was the ideal setting for a Bitcoin ATM business for a number of reasons:

1. People from around the world visit Vegas, and digital currency allowed them to access cash without worrying about exchange rates between USD and foreign money.

2. Las Vegas was built around the entertainment and gaming industries, and people go there specifically to spend.

3. Cryptocurrency is pseudo-anonymous, and Bitcoin ATMs can be used without revealing banking info or extensive personal data, which is attractive to gamblers who frequent Vegas casinos.

4. Cash is king in Las Vegas, and only two-way kiosks like Coin Cloud’s satisfy that need by letting users sell crypto as well as buy it.

5. Withdrawal limits are higher on BTMs than on most traditional banking ATMs.

6. Multi-factor authentication is more secure than using a standard debit card and PIN.

“The Bitcoin Bodega highlights a recent trend in bitcoin tourism, providing digital currency enthusiasts with a quick, easy and safe means to buy or sell bitcoin,” stated the original press release for the machine. “Tourists can now store money digitally and withdraw cash from the Bitcoin Bodega as soon as they arrive on the Las Vegas Strip.”

Unfortunately, that first Strip machine wasn’t the perfect prototype … it broke down surprisingly often, and it was McAlary who would personally drive down to give customers their money. Talk about premium service … from the CEO no less!

Revamped into the Blue Box

Future tweaks and developments led Coin Cloud away from the original design to the current sleek and slim “Blue Box”. Both the hardware and software have been completely revamped to optimize the customer experience and innovate the industry as a whole.

Still headquartered in Las Vegas, Coin Cloud now has 850 digital currency machines nationwide, and anticipates hitting the 1,000-machine mark in a few weeks. Like a modern-day museum, the original Bitcoin Bodega is permanently planted in the lobby of Coin Cloud’s offices.