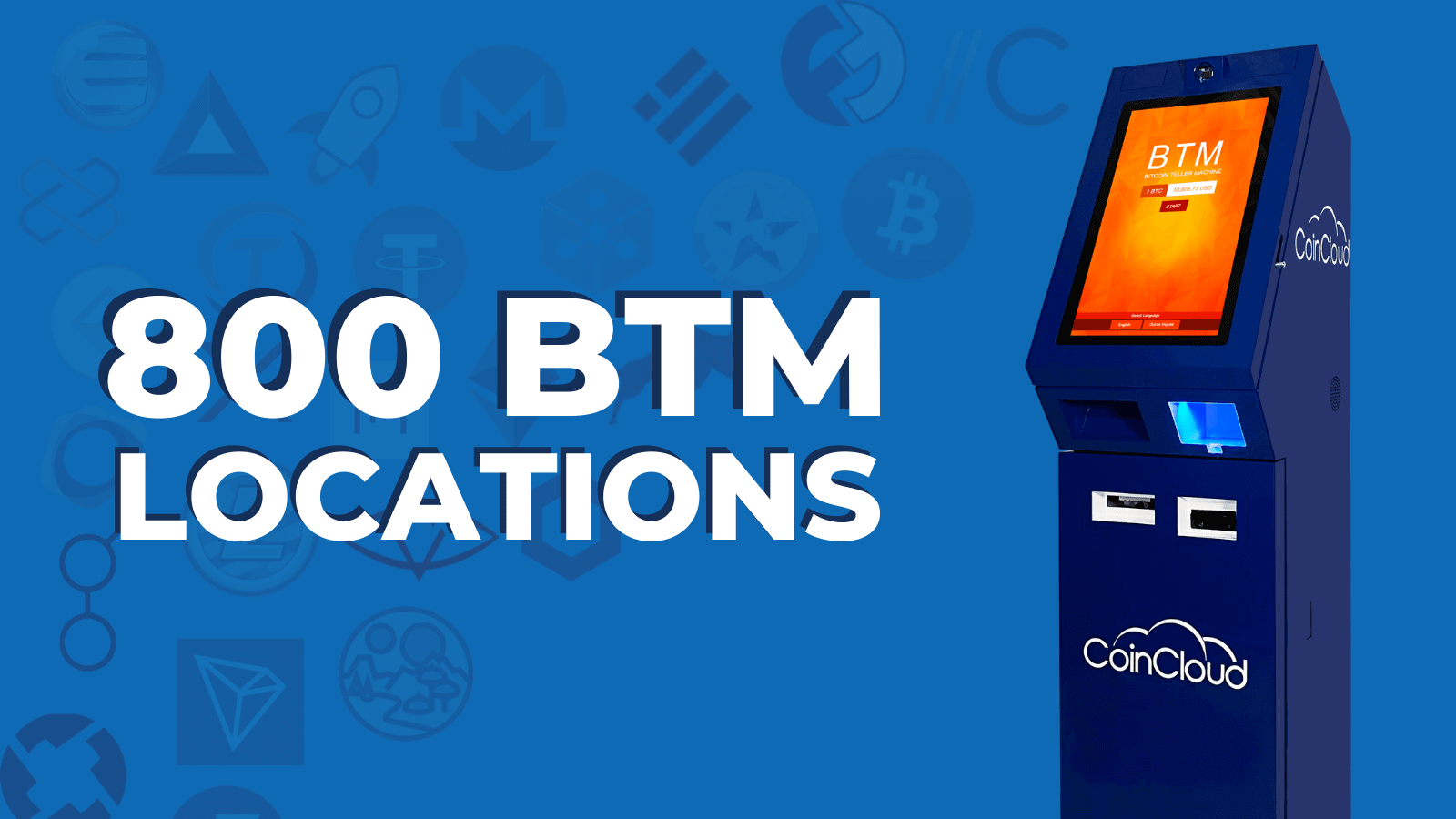 A year ago, there were just over 300 Coin Cloud Bitcoin ATMs in the field. Today, there are 800 live BTMs, giving just a peek at the rapid expansion Coin Cloud is undergoing. Machine #800 was installed at a Caribbean Cuisine restaurant in Glendale, AZ.

And that doesn’t include the machines that are down because of the COVID-19 pandemic … there are actually close to 900 all told.

Roxanne O, Lead Installation Coordinator at Coin Cloud, is excited about the milestone. “We have a lot of machines that, due to COVID, are just not able to be active right now. So, hopefully in the next few months, we’ll see those numbers really jump now that we can get some of those machines back online,” she says.

That jump is definitely important. While 500 installations in a year might seem like a lot, it’s just a drop in the bucket compared to what’s expected to hit the field this year.

Coin Cloud has an aggressive goal of 2,000 digital currency kiosks nationwide by the end of 2020, and the installation team absolutely plans to achieve it. “At the end of the day, it’s really rewarding to see how fast the company can grow. And the little hurdles we do go through are very minor compared to the growth we’re seeing,” Roxanne explains.

Because of that target, the rate of installation has to keep going up. For example, of the 500 machines installed in the past year, 400 of them have been since January – a mere six months.

“It’s been beautifully chaotic to be honest with you. We’ve had to kind of jump some hurdles, kind of roll with the punches in a sense,” Roxanne laughs. “But for the most part it’s been really exciting just to see these things touch down, to see them land. Because they’re kind of like my babies in a sense.”

Tripling the Rate of Installation

“We’ve already come into this expectation that we’re installing 25 to 50 machines a week, and that’s potentially 100 in two weeks, which we’ve done,” Roxanne explains. “We’ve installed 75 machines in a week before. So, it just really varies. And that’s why I said, we’re ready to roll with the punches, seriously. Because expansion is the goal.”

In fact, 2,000 is a piece of cake for the Coin Cloud team. “At this point, we’ve met pretty much all the challenges we’re going to meet in regards to getting these machines installed. So, I think with the team that we put in place, there’s really no stopping us,” Roxanne asserts.

And that conviction would remain firm even if CEO Chris McAlary changed the goal to 5,000, or a whopping 10,000 BTMs. “Chris told us, ‘World domination.’ So that’s what we’re looking forward to,” Roxanne states firmly.