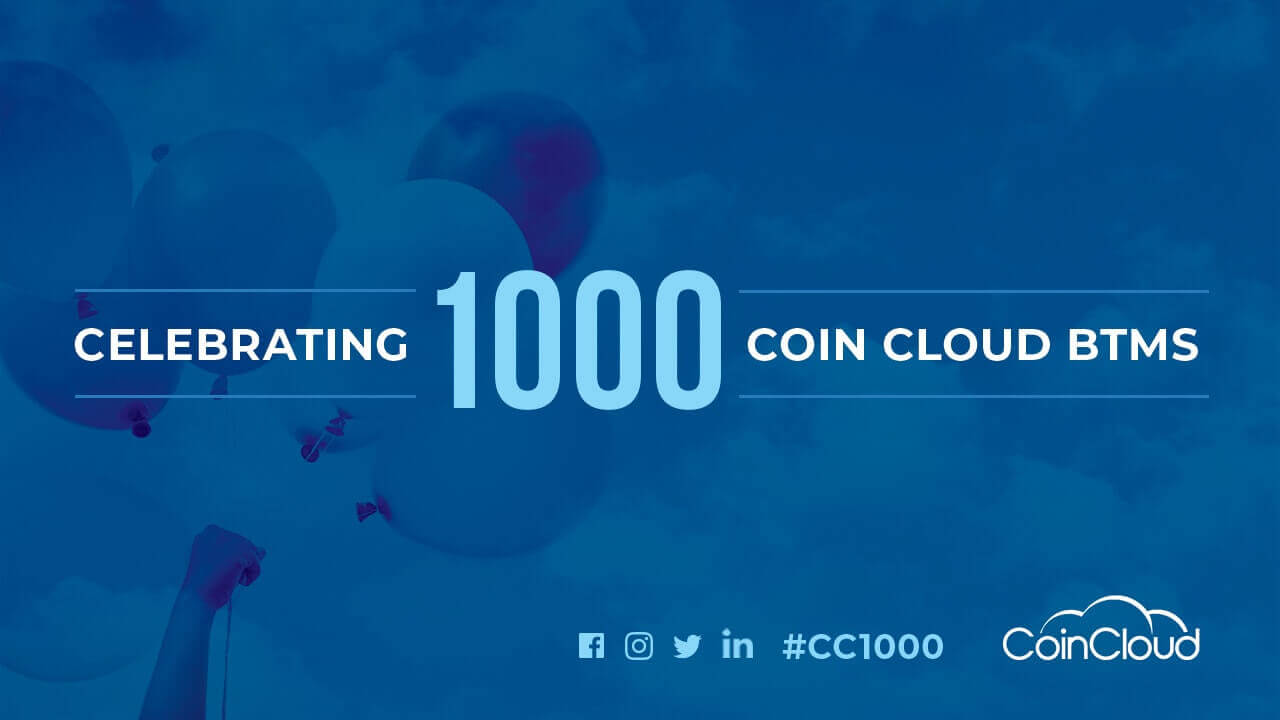 It’s a fiercely competitive industry, and the word “leading” is tossed around casually. But Coin Cloud has solidified our position as the largest operator.

Coin Cloud, the same company that installed the first Bitcoin ATM on the Las Vegas Strip in 2014, now has a network of 1,000 machines.

“I fondly remember the success of the first Coin Cloud location six years ago,” says Coin Cloud founder and CEO, Chris McAlary. “Getting to know our customers and how much they loved the service still inspires our growth today.”

Not only did they reach the 1,000-machine milestone first, but 100% of CoinClouds are bi-directional (two-way), allowing customers to both buy and sell Bitcoin and 28 other digital currencies with cash. Since the vast majority of BTMs are one-way only, Coin Cloud undisputedly dominates the industry with more than 55% of all two-way Bitcoin ATMs in the country.

“I’m very proud of Coin Cloud being the first operator to reach 1,000 locations,” says McAlary. “Our customers vote with their dollars, and we couldn’t have gotten here without their support. The Coin Cloud team has done an incredible job over the years, providing world-class service and solving any problem to build a platform at scale.”

The 1,000th CoinCloud was installed at Vallarta Supermarkets on 47th St. in East Palmdale, CA.

Worldwide, there are close to 10,000 Bitcoins ATMs, according to industry analytics company Coin ATM Radar. That puts Coin Cloud at over 10% of the global BTM count.

The rapid growth seen by Coin Cloud, as well as the industry as a whole, means McAlary’s goal of putting a Bitcoin ATM on every street corner is that much closer to becoming a reality. “We have a mission of bringing digital currency to all, and I think we’re definitely doing that,” he says.

Coin Cloud is a Bitcoin ATM company headquartered in Las Vegas, Nevada. With over 1,000 locations across the USA, and the first BTMs in Brazil, Coin Cloud boasts the largest and fastest-growing network of two-way Bitcoin ATMs in the world. Find out more at coin.cloud.