It's Not as Uncommon as You May Think, and it's Only the Beginning!
By
Coin Cloud Team
, published on
February 8, 2019 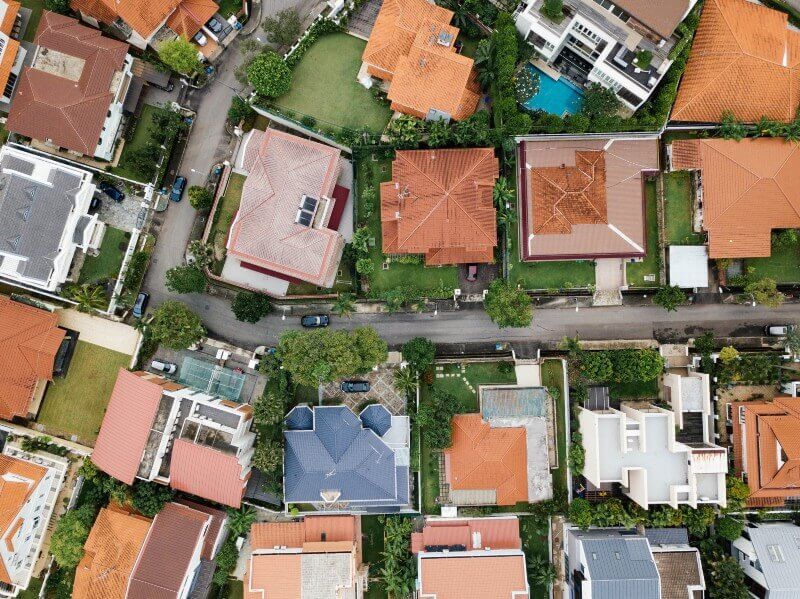 A little over a year ago, for the first time ever in Southern California, a buyer used roughly 3,300 bitcoin to purchase a piece of real estate. The Manhattan Beach mansion cost roughly $3.225 million.

Had the buyer waited another year, the money spent on that house could’ve bought him three more mansions and a few nice sportscars. That goes to show just how volatile the price of Bitcoin has been over the last few years.

Bitcoin is a digital currency that allows its users to engage in pseudo anonymous transactions. The technology that makes all of this possible is blockchain, a peer-to-peer network. All transactions recorded on the blockchain are final and unable to be tampered with. Blockchain allows transactions to move forward without the need of a bank. An industry like real estate, where the bank plays such a major role, is set up to be the next major industry that gets disrupted by Bitcoin and blockchain.

Real estate and Bitcoin are the perfect marriage between two bubble-prone assets. While Bitcoin as an everyday currency is still growing, real estate presents a compelling application for Bitcoin. Because large amounts of money can be sent pretty easily with low fees and no middlemen, Bitcoin just makes sense for real estate.

According to the CEO of real estate brokerage firm Canter Cos, real estate professionals “have realized there is so much new wealth in the crypto space.” Bitcoin’s massive increase in price over the last few years has produced several new millionaires, many of whom are eager to purchase new homes.

From a marketing standpoint, Bitcoin is very valuable. By promoting that a house is for sale and able to be purchased using bitcoin, real estate brokers and agents can market their services to a brand new group of people. It’s a win-win situation for both the buyers and sellers.

What Are the Pros and Cons?

Now, outside of the ease of sending and receiving Bitcoin, the benefits of purchasing real estate using Bitcoin is still to be determined. There could be a financial benefit for both the buyer and the seller. On the buyer’s side, there is potential for Bitcoin’s price to increase, meaning they’ll make more money than what the house previously sold for. However, at the same time, there’s a chance that the price will drop.

In addition, from a tax standpoint, if the seller sells off his or her coins, they’ll likely have to pay capital gains taxes so it’ll cut into the money earned. Because of this, deciding whether to sell or buy real estate using Bitcoin ultimately comes down to personal preference.

The one issue with using Bitcoin to purchase real estate is that because the technology is still relatively new, especially for this application, many of the companies involved in the transaction won’t be as competent in Bitcoin and blockchain. This could make the process a bit more tedious than it needs to be.

All in all, it looks like Bitcoin in the real estate industry is slowly but surely growing. Over the last year, the amount of properties listed that are able to be purchased using Bitcoin has increased. There are even sites like Bitcoin-Real Estate that have a list of properties you can purchase with Bitcoin.

It’s safe to say that Bitcoin has officially crept its way into some of the world’s longest-standing industries. It’s only a matter of time before Bitcoin officially cements itself in our daily lives. Bitcoin and all its value is just getting started and we’re looking forward to what’s to come.