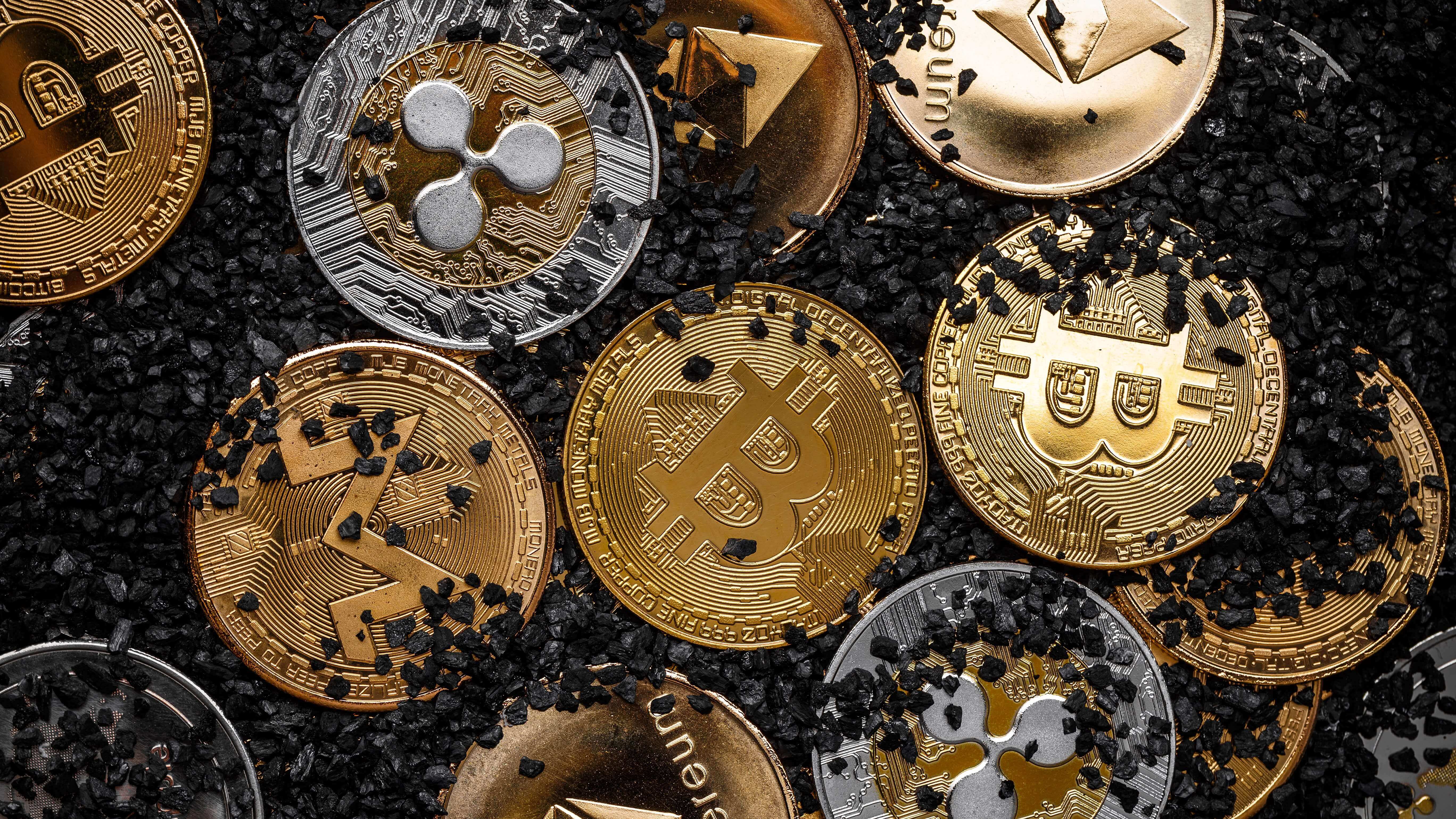 The world of digital currency comprises a lot more than just Bitcoin, although that is the most famous crypto. But Coin Cloud allows you to buy and sell 30 digital currencies, including Bitcoin and 29 altcoins, each one created for a specific use.

Some are mined, some aren’t. Some are backed by fiat currency, some aren’t. Over the next few days, we’re going to take a look at all 30 of them, broken down by category.

While “cryptocurrency” is often used as an all-encompassing term, technically cryptocurrencies are only mined digital currencies, almost always recorded and verified on the blockchain. This category includes the big players you’ve probably heard of – Bitcoin (BTC), Bitcoin Cash (BCH) and Litecoin (LTC) – as well as Ripple (XRP), Stellar (XLM) and Monero (XMR).

Bitcoin is the world’s first and most popular decentralized digital currency, and began being mined in early 2009. Over the past decade it has proven to be the most successful attempt to create virtual money using cryptography – the science of protecting information through codes.

Bitcoin transactions are recorded and stored on a public ledger known as the blockchain. Blockchain technology is being used for more and more purposes, but digital currency is the first and most well-known. Bitcoin is created when Bitcoin miners with powerful computers run complex programs that confirm groups of transactions stored on the blockchain; it takes about 10 minutes to form each block of the chain, which is rewarded by paying the miner a set amount of Bitcoin. This reward is halved over time, known as “halvening.”

Many Bitcoin ATMs, or BTMs, only handle Bitcoin, and in fact a lot of them only allow you to buy Bitcoin or sell Bitcoin – but not both. Coin Cloud BTMs give customers a lot of options by also including 29 of the most popular altcoins, each with two-way buy-or-sell options.

Bitcoin Cash is a Bitcoin variant created in 2017 through a splitting process called a “hard fork,” which is basically a software update. Bitcoin Cash uses the same codebase as Bitcoin but with a Blocksize limit that’s four times larger to enable faster transactions with lower fees. This variant is designed to be used for small purchases, such as a cup of coffee or a pack of gum.

Litecoin was launched in 2011 as the “lite version of Bitcoin.” Its developers have always maintained that they were creating the “Silver” to Bitcoin’s “Gold.” Because of that, it keeps many of the features of Bitcoin while changing what the developers felt could be improved.

Like Bitcoin, Litecoin is an open source, peer-to-peer decentralized global payment network that lets people control their own finances. But it has faster transaction times and improved storage efficiency. While BTC’s transaction confirmation process takes almost 10 minutes – the time to verify a block and add it to the blockchain – Litecoin takes only 2 ½ minutes, or 25% of the time.

The LTC mining process is similar to BTC, but Litecoin uses a newer and less complex algorithm. Rather than a 21-million-coin limit, Litecoin has a limit of 84 million, with each unit being worth significantly less than BTC.

Ripple is actually the company behind the cryptocurrency XRP, but most people use the terms interchangeably – like Bitcoin and BTC. Ripple is technically a decentralized network, but unlike Bitcoin it’s not a truly public system since it’s owned by Ripple Labs.

While Bitcoin transactions take several minutes and come with high costs, XRP transactions happen in seconds and cost very little. Its main use is to facilitate transactions for other assets.

XRP has proven to be a popular digital payment protocol, and over 200 major banks use the XRP payment network. Over the years, Ripple has battled Ethereum as the most powerful altcoin provider, with the winner being a matter of interpretation.

Unlike every other cryptocurrency, XRP are not generated over time through the mining process, but instead were all mined in advance. 100 billion tokens were pre-mined, with 55 billion locked in escrow by Ripple Labs to protect the market’s integrity.

Ripple uses a network of servers instead of the blockchain to validate transactions, and as a result is much more energy-efficient than blockchain-based crypto. However, it’s also a more complicated system.

Stellar was created in 2014 by Ripple’s co-founder, Jed McCaleb, so it has some similarities. Stellar is the blockchain network, and Stellar Lumen (XLM) is the cryptocurrency. But unlike Ripple, Stellar is owned by the public. The open-source, fully decentralized network was designed for currencies and payments, and allows users to create, send and trade digital versions of any type of money, including dollars, pesos, euros and bitcoin. The goal of Stellar is to have a single network where all the world’s financial systems can work together.

Stellar is faster, more energy-efficient and cheaper than most other blockchain systems. While Ripple focuses on the banking industry, Stellar is a tool for the unbanked population. It empowers people to send money around the world, inexpensively and quickly – without a bank. And although Ripple’s total supply of XRP is fixed, Stellar increases supply of Lumen over time, at the rate of 1% per year.

Stellar’s built-in exchange gives the opportunity to convert assets from one to another, which you can’t do natively with Ripple. And it supports smart contracts, making the Stellar Lumen programmable money. In other words, you can create your own initial coin offering (ICO) or Stellar-based tokens (more on smart contracts in another post).

Monero was created in 2014 as a more private and secure alternative to other cryptocurrencies. So rather than being able to see every transaction on the standard transparent blockchain model, Monero uses cryptography to further hide your data, shielding both wallet addresses and transaction amounts. As a result, transactions are never censored or tainted due to prior activity.

In fact, Monero uses three different technologies to ensure privacy. Ring signatures show a group of encrypted signatures, and while at least one is a real participant, several can be fake – and there’s no way of telling which. Ring confidential transactions (ringCT) hide the amount of currency sent and received. And stealth addresses create automatic single-use addresses for every transaction. All transactions are private so you don’t need to trust anyone with your information.

Monero also uses a less intensive GPU mining algorithm than Bitcoin, allowing almost anyone to start mining it with a pretty average computer. Other unique features include dynamic fees and an adaptable block size, allowing blocks on the Monero blockchain to automatically expand when transaction volume increases.

But it’s not just Cryptocurrencies!