Blockchain and All Its Greatness

How Top Cryptocurrency Terms will Affect our Future
By
Coin Cloud Team
, published on
January 16, 2019 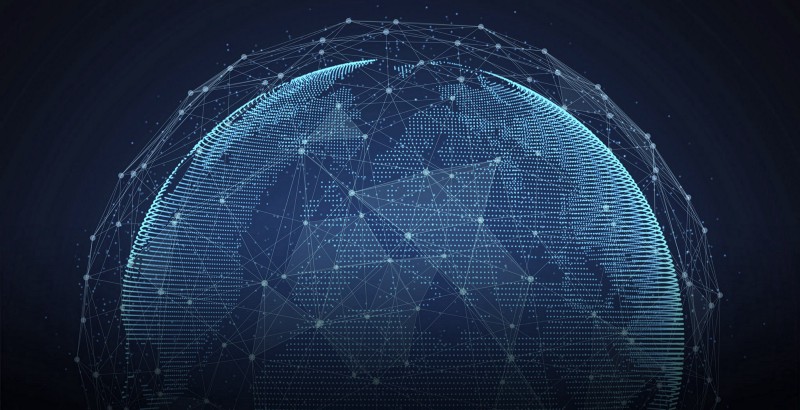 “Bitcoin,” “decentralized,” “ICO,” “exchanges,” etc. These buzzwords have been floating around the financial world for a couple of years now. Some of the country’s top financial experts sit in on panels and interviews to discuss how these buzzwords will affect our future.

Every day, an article comes out about a new company developing its own cryptocurrency that’s sure to take over the world, or a new exchange that promises to make the buying and selling of cryptocurrency better than all of the rest. However, what about the technology that makes all of this possible: blockchain? In this blog post, Coin Cloud explains what blockchain is and why it’s so great.

If you Google Blockchain, you’ll find thousands of articles that explain its beginnings and its usages. However, unless you’ve been in this space forever, chances are you’ll be a little lost. Here at Coin Cloud, we are experts in blockchain so it’s our job to help you understand it.

For the sake of time and your sanity, we won’t go into too much detail about blockchain… because let’s be real, one could write an entire encyclopedia just on blockchain and its applications. Instead, we’re going to try and take an incredibly advanced technological development and break it down into terms that are easier to understand.

To begin with, we must first understand the landscape that blockchain was born into. Prior to its development, recording transactions was inefficient, cost ineffective, complex and vulnerable. Businesses needed to enlist a third party, such as a bank or credit union, to record and validate transactions. This, of course, is expensive and susceptible to manipulation.

In 2009, an anonymous person (or organization) by the name of Satoshi Nakamoto created Bitcoin which ran on the blockchain. Bitcoin and blockchain addressed all of the challenges that traditional transactions faced; it was cost-effective, efficient, safe and secure.

So, What Exactly Is Bitcoin?

Think of Blockchain as an operating system, like Apple’s iOS or Microsoft Windows — it is the engine that makes Bitcoin possible. Blockchain is a ledger that records all of Bitcoin’s, or other cryptocurrencies’, transactions. Essentially, blockchain is just a unique database. For traditional transactions, data is recorded and stored on a ledger owned by a third party such as a bank or credit union. Blockchain is different in that it is a digital ledger owned by no one and exists on multiple computers all around the world. This phenomenon of blockchain being dispersed throughout multiple different servers around the world is referred to as decentralization. In simpler terms, this just means that there is no centralized entity that owns and operates the Blockchain.

What Makes Blockchain So Great?

Beyond its ability to make cryptocurrencies possible to or to develop new financial technologies, blockchain has many more benefits.

1. Blockchain is a decentralized, distributed and public ledger. In our society, we rely on third-party institutions or individuals to validate and record transactions. These third-party institutions can be anything from banks, to lawyers, to real estate agents. They are the centralized point that controls the transaction. Centralized ledgers require the trust of the buyer and seller.

With blockchain, transactions can occur without that middleman. This allows for what we call ‘peer-to-peer’ transactions. In addition, unlike a traditional ledger, blockchain exists on multiple nodes, or points, all around the world. If one node crashes, blockchain will very quickly be supported by one of the other nodes. Think of blockchain as a spider web with strings that attach to several different parts of a wall. If one of the strings falls, the spider web will still be okay because it’s got dozens of other strings that are supporting it. That’s was a distributed ledger is.

3. Blockchain provides a plethora of different applications. Sure, blockchain rose to fame because of Bitcoin. Bitcoin took the financial world by storm and brought blockchain along for the ride. But, the great thing about blockchain is that it exists outside of cryptocurrencies. The blockchain can be applied in real estate, supply chain management, the legal world and so much more.

One of the most exciting innovations to be developed on the Blockchain are smart contracts. Smart contracts are self-executing contracts with the terms of the agreement between the buyer and seller being directly written into lines of code. Like in the cryptocurrency world, smart contracts on the blockchain will also remove the middleman, who in this case would be a lawyer or agent. Buyers and sellers will able to fully execute a contract without having to pay for the services of a third party.

That is just one example of how Blockchain can be utilized. Every day, companies are coming out with new and innovative ways to use this amazing technological advancement. Blockchain is undoubtedly one of the biggest developments in modern history. It has already shaken the world up and will continue to do so in the future. Of course, blockchain is still in its infancy, but it has the ability to be a powerful tool for improving business, conducting trade and democratizing the world economy. We’re looking forward to all that’s to come.