Why is Bitcoin so Volatile?
By
Coin Cloud Team
, published on
October 27, 2020 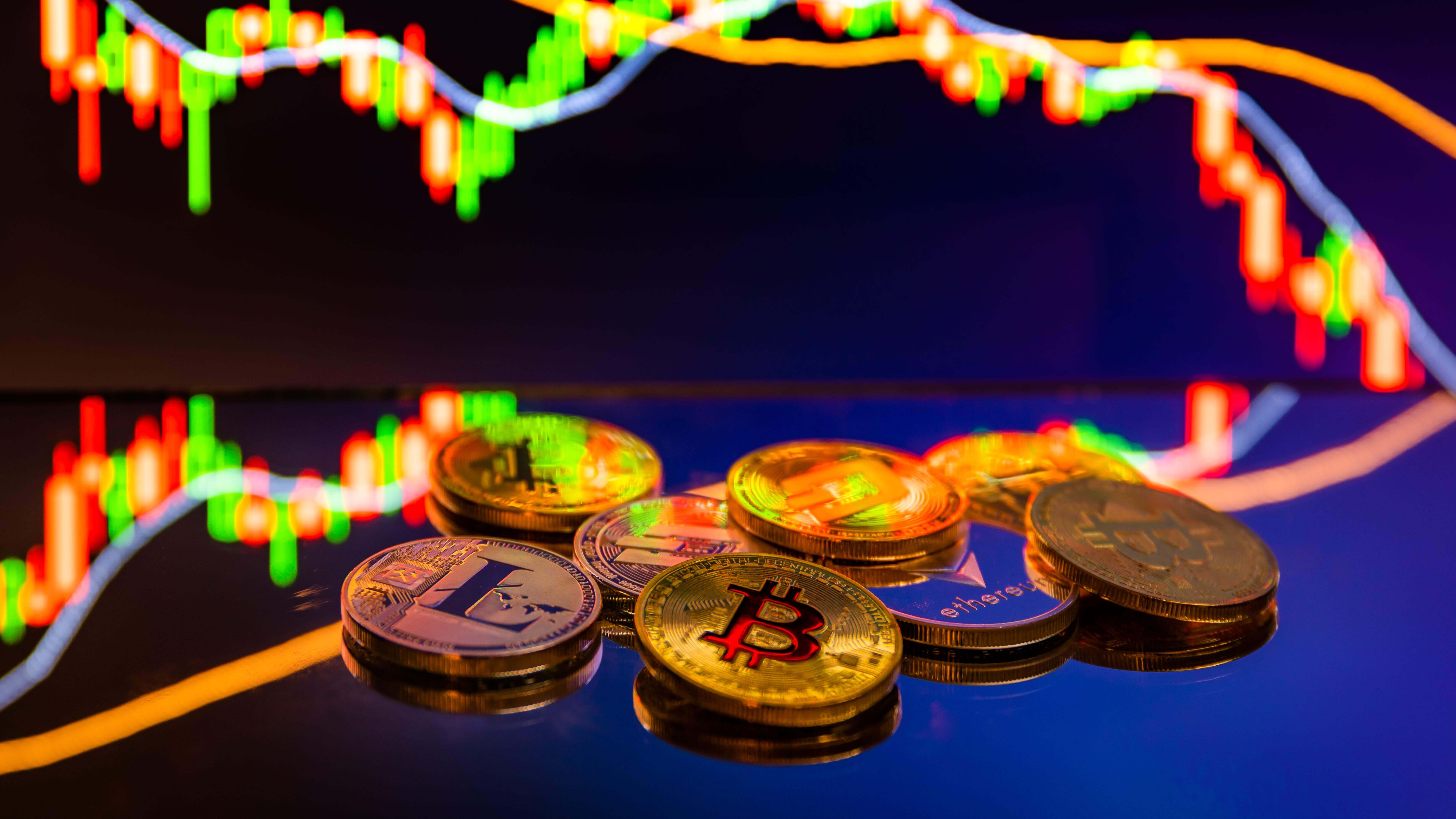 Bitcoin is known for being volatile, and it’s one of the properties that allows people to profit off short-term trading. It’s also what scares others off, and prevents adoption and acceptance from becoming wider spread.

Volatility is the speed or rate at which an asset’s price changes over a specific period of time. When we refer to an asset as being “volatile,” or having “high volatility,” it means there’s a tendency for it to wildly swing in price. Owning that asset might feel like you’re being tossed about like a small boat on a stormy sea.

Why is Bitcoin’s Price so Volatile?

People generally buy and sell Bitcoin with an investment mindset. In other words, while it’s certainly possible to spend your bitcoin on a variety of things, it’s not yet a completely accepted form of payment. So, people mostly buy it hoping the price will go up and they’ll turn a profit.

With “buy low, sell high” firmly in mind at all times, and with different assessments as to what makes the price go up or down, traders will often buy and sell Bitcoin based on personal speculation of which way the price is currently headed. They could be right or wrong, but the high trading volume contributes to volatility (which means, by trying to profit, traders might be making the currency less profitable. Woah!)

The Pizza That Changed History

Think about it … during the first year, Bitcoin’s price barely moved at all. It was next to worthless. Then a guy bought a pizza with 10,000 BTC and the price skyrocketed a whopping 900%! To 8 cents! Yeah. 8 cents. We’ll pause here and wait for you to stop laughing!

OK, now we have to point out that within 5 days of the pizza purchase, it went from being a $40 pizza order to an $800 order. And today, that pizza would have cost $130 million.

Up until that moment, nobody had really used Bitcoin to purchase a real-world item. So that pizza showed that Bitcoin could be a true currency. The point is, the price does nothing until somebody proves it’s worth something, and then it moves like gangbusters.

But most people just kept HODLing their bitcoin at this point, for a few reasons: 1. They were mainly Bitcoin miners who were making 50 BTC for every block mined, and in those days the cost of acquiring it was relatively low. 2. At 8 cents, unless you have thousands of bitcoins, it’s not really worth selling … at least, not compared to the potential if it keeps going up (and these were people who totally believed in the future of Bitcoin). 3. The only way to really buy or sell it in those days was through personal peer-to-peer (P2P) arrangements.

Fast forward a few years to 2013, and you have the world’s first Bitcoin ATM installed in Vancouver, BC. The next year, Coin Cloud and a few other early adopters were placing them in the USA. Now suddenly you didn’t have to make a deal with a stranger and meet them in a coffee shop or back alley to buy or sell bitcoin for cash. And you didn’t have to send your money to Japan to use the world’s only online exchange, while risking your account getting hacked.

Bitcoin ATMs provided an opportunity for more people to buy and sell their Bitcoin (especially Coin Cloud machines, which are all two-way — unlike most other brands).

This is a double-edged sword when it comes to volatility though, because being able to quickly buy or sell something leads to faster price reaction to news.

These days, we see the price of bitcoin fall when there’s bad news (like the announcement of the COVID-19 national emergency) and soar when there’s good news (like PayPal offering the currency for sale on its platform).

Negative perception causes a selling panic, which causes the price to drop suddenly. And positive news prompts a buying spree, which in turn boosts the price.

With Bitcoin still being relatively new, and highly technical, a lot of people panic when it comes to buying or selling it. They don’t fully understand it, so they second-guess their choices. Even financial experts aren’t always sure what to do with cryptocurrency.

Let’s not forget when the price of bitcoin hit a record high of almost $20,000 in late 2017 before dropping to just over $6,000 two months later. Now, that’s volatile! This vicious cycle means volatility makes more people scared, which leads to more volatility, which scares more people, which … well, you get the point!

Before buying and selling was easy to do, the illiquidity kept the price pretty steady. Now, typically an asset becomes less volatile as it becomes more liquid. But the cryptocurrency market is still so small that if somebody (like an early miner with a big stash, also known as a whale) decides to sell off a lot of bitcoin, there aren’t enough traders willing or able to buy it. That rocks the boat the same as if a real whale did a belly flop beside your canoe.

The more types of crypto trading platforms that open up, and the more retailers that start to accept it as payment, and therefore the more mainstream adoption it gets, it’s bound to eventually become less volatile (a larger market is like a larger and more stable boat) … but it needs to go through some more volatile growing pains first.

Can We Stop it?

We don’t necessarily want to stop Bitcoin’s volatility entirely. But the truth is that it should naturally become less and less volatile, and more and more liquid, over time.

One way to get there faster is to learn more about why cryptocurrency is volatile so we can start predicting its cycles more reliably. This leads to more informed choices, less panic, and hence a steadier market price.

It’s worth noting that stablecoins are virtual currencies designed to be less volatile than Bitcoin and other cryptocurrencies. Some people feel more comfortable buying and selling these assets, although the relatively stable nature, which lessens the chance of losing money, also diminishes the potential for a huge profit.

You can buy and sell bitcoin, as well as 30 altcoins (including several stablecoins) at any Coin Cloud machine.