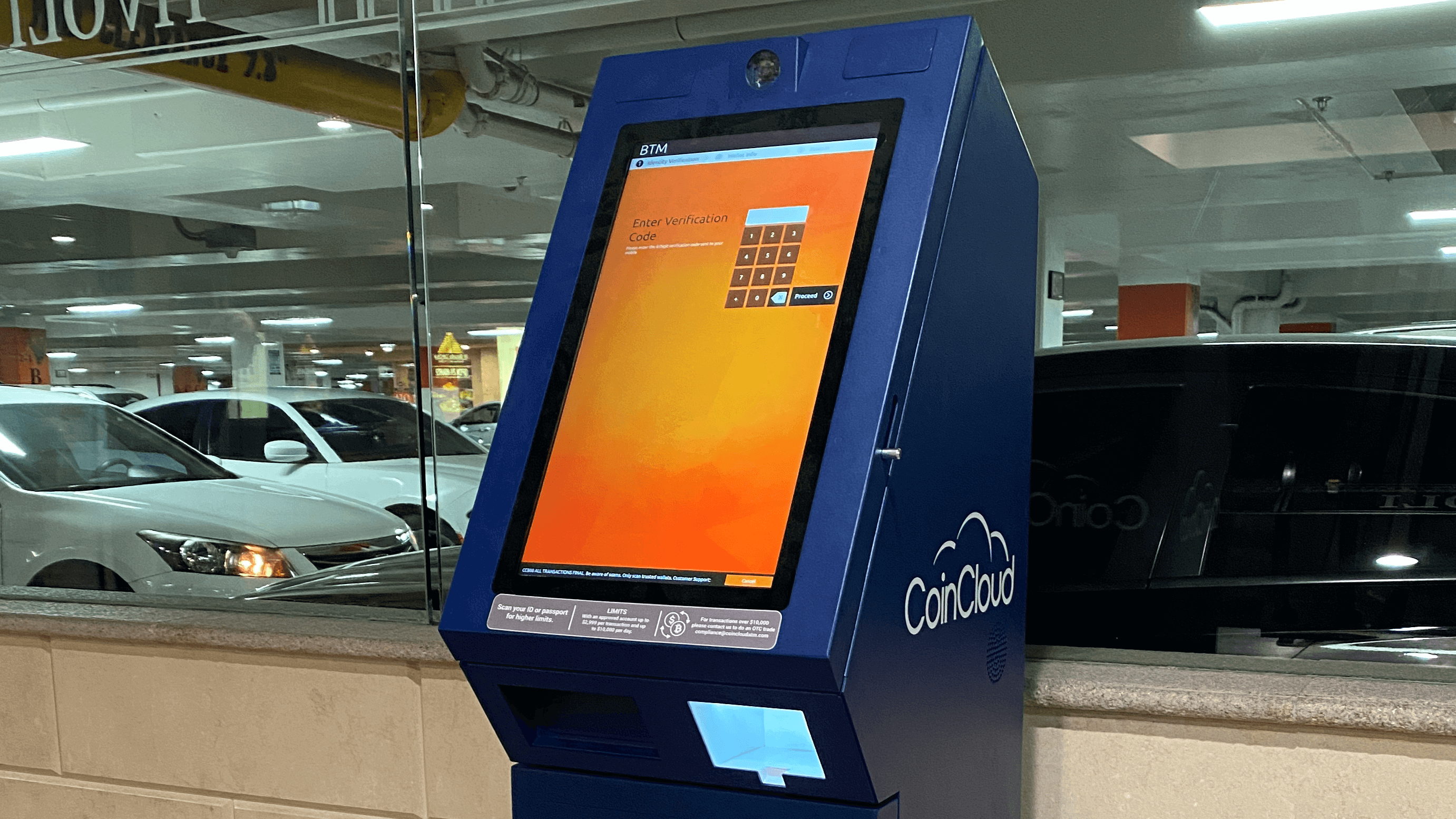 Last week we talked about reasons why Coin Cloud machines are more than just Bitcoin ATMs. Today we’re going to go into the features that set Coin Cloud BTMs apart.

Here are the Top 5 Features of a Coin Cloud Bitcoin ATM:

You use touch screens on your phone, tablet and maybe even your computer. You run into them at the store, the parking lot and the bank. But did you know that some Bitcoin ATMs still use buttons, like an old-school bank machine or touch-tone phone?

Coin Cloud Bitcoin ATMs have completely touchscreen interfaces. Easier to use, easier to navigate, and most importantly in this day and age, easier to clean!

Have you noticed that some Bitcoin ATMs are freaking huge? Yeah, our very first machine was too. The one that was installed in 2014 on the Las Vegas Strip, making history in the entertainment capital of the world. That monster, “The Bitcoin Bodega,” was a whopping 800 pounds.

But the NEW machines, which we call Blue Boxes, are less than two square feet. They take up very little space and look super sleek. Welcome to the future!

The camera on a Coin Cloud machine does two things: it takes your picture, and it scans your mobile wallet’s QR code.

This increases your security (nobody can steal your ID and use it at a Coin Cloud BTM) and also makes it easier to interact with the machine. You don’t have to find the sweet spot with some code scanner, but simply hold your phone near the camera and it finds the code automatically.

As it turns out, only 20% of Bitcoin ATMs have one of these. And we think it’s the most important part! Every Coin Cloud BTM has a bill dispenser that allows you to cash out your bitcoin any time you want.

Why would you want to use a machine that only lets you buy bitcoin, but won’t give your money back if you want to sell? We wouldn’t. That’s why we have the bill dispenser and higher-end sell features on every machine. Yes, that’s right. Every. Single. Machine.

OK, it’s not exactly a feature of the machine itself. But very few large Bitcoin ATM companies have their own app, and the Coin Cloud Wallet app makes buying and selling at a Coin Cloud machine so easy, we had to include it here.

Granted, you can use pretty much any mobile wallet (and a few non-mobile types) with a Coin Cloud machine. But — and it’s a big “but” — everything goes faster and smoother if you use the Coin Cloud Wallet.

Using the Coin Cloud app saves you time and effort in several ways, especially when selling (remember, that’s something the other guys don’t even let you do at 95% of their locations). Using the Coin Cloud Wallet, you can find machines from the palm of your hand, set up your sell transaction in advance, reserve your money for up to 48 hours, and withdraw your cash as soon as you walk up with no waiting.

And it’s one confirmation with both our machines and wallet, rather than the three to six confirmations with other wallets, so you’re looking at about 10 minutes for your transaction instead of an hour. Also, instead of typing in the exact amount of fractional bitcoin required for that $100 (or whatever) cash-out, the app enters it all for you. Easy peasy.

To experience the superior design and features of a Coin Cloud Bitcoin ATM for yourself, find your nearest Coin Cloud BTM here.